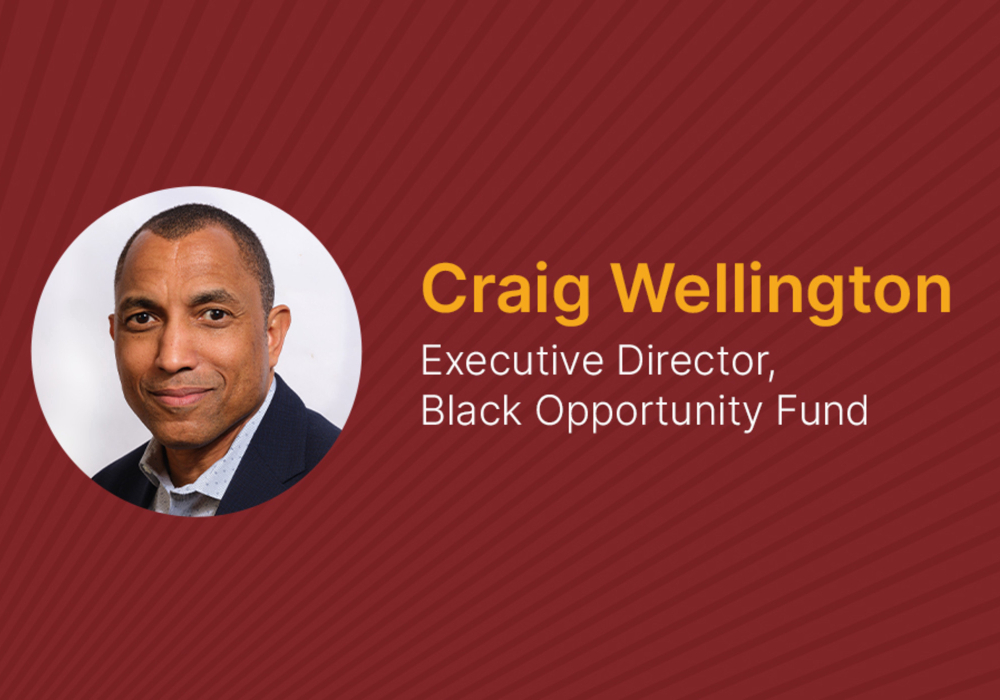 A conversation with Craig Wellington, the Black Opportunity Fund's inaugural executive director, on the significance of a $10 million donation by the TD Bank Group to help address historic and systemic barriers faced by Black Canadian entrepreneurs and Black-led community organizations to access vital funding sources.

Craig Wellington, the Executive Director of the Black Opportunity Fund.

Established in 2020, BOF was founded and is led by a team of diverse Black Canadian professionals to help establish a $1.5 billion fund, one of the largest in the world, that is designed to dismantle the structural barriers that for generations have prevented many Black Canadians from achieving economic success.

The fund aims to tackle those barriers faced by Black businesses and communities in Canada – including a lack of access to capital – an essential element required to empower and determine one's own destiny.

The TD Bank Group has recently announced a $10 million donation to the Black Opportunity Fund (BOF) over the next five years. It's believed to be the largest donation to date of its kind made by a Canadian financial institution to a Black-focused, Black-led and Black-serving organization.

The endowment from TD will play a substantial role in helping to create economic and social empowerment for Black communities across Canada while helping critically under-resourced Black organizations address structural and systemic racism. This contribution will also help fight back against the compounding effect of COVID-19 on Black communities across the country.

The funding injection unites TD's role as a catalyst for positive change with the BOF's mission to create a permanent, stand-alone fund leveraged by investments from corporations, foundation grants, and private donations to serve the interests and priorities of the Black community, as designed and directed by the Black community.

Born in Jamaica, Craig Wellington moved to Canada with his parents when he was fourteen. He has a long track record of working to address systemic bias in the Canadian criminal justice and education systems. He's a member of the City of Mississauga Mayor's Black Caucus, an advisory board member of the Black Community Action Network of the Region of Peel, as well as a former member of the Toronto Chief of Police's Black Community Consultative Committee.