A portrait of the first Afro-Canadian city councillor in London, Canada: Harold Usher 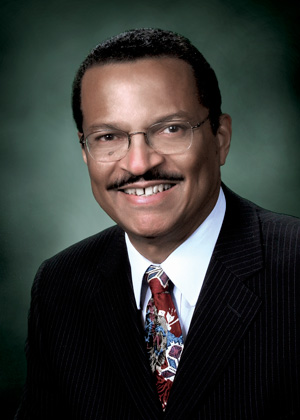 Harold Usher, P.Eng., DTM was born in Belize (in Central America) and arrived in Canada in 1963. Harold has devoted most of his life contributing to the betterment of mankind, the community, and his fellow citizens, starting from his childhood membership in his Primary School (St. Mary’s) Choir and the Boys Brigade in Belize to acting in Dramatic plays for his Methodist Church in Belize.  He participated also in Drama groups in Jamaica and Montreal, CANADA.  Mr.  Usher is a City Councillor (Ward 12) in London, Ontario, CANADA who, with his election in 2000, and re-elections in 2003, 2006 and 2010, became the first and only person of African/Caribbean ancestry or African Diaspora, to be elected to London (Ontario, CANADA) City Council.

He is a 1972 Civil Engineering graduate of  Sir George Williams (currently Concordia) University in Montreal and worked for Bell Canada, in various Engineering/Management capacities and levels for 24 years.  In 1996 he embarked on other work/career adventures such as inspirational speaking and training.  Later, he was involved in politics. He is also a Distinguished Toastmaster, an Author, an inspirational speaker and human resources development trainer, who believes that “Service to humanity is the best work of life,” and “Service is the rent we pay for being on this earth.” He also got involved with various Multi-cultural and non-profit Community organizations, The City of London, The United Church of Canada and others.

Soon Usher began to champion “issues and causes” related to Race Relations; Justice; Equity; Human Rights; jobs for the unemployed; as well as other Opportunities, including Housing for the Homeless, the Poor, People with Disabilities, visible minorities and ethnic groups, and the community in general, particularly the Youths and the Elderly – simply to ensure every citizen can live in harmony and enjoy a good quality of life, with dignity and respect.

As a City Councillor, Usher has three special roles, namely: 1) representing his  constituency (people who voted for him) at City Council or on public matters that affect their quality of life, 2) set policies for the smooth running of the City, and the implementation of projects that ensure a good quality of life for the residents, 3) advocate good, honest, transparent Government. In order to accomplish these, Mr. Usher sits on several committees, reads a lot of information and attends a lot of meetings – prepared. Everything else follows from those in a complex environment.  The job is demanding and challenging but deeply rewarding for Harold Usher. It is part time - however, city councillors are on call 24/7.  Mr.  Usher advocates that visible minorities and women get more involved.

City Councillor Harold Usher became the recipient of the 2010 African Canadian Achievement Award (ACAA) in the prestigious category of "Excellence in Polices."  The Awards Presentation was on Saturday May 29, 2010 at The St.  Lawrence Centre for the Arts, in Toronto.  Harold was nominated for this Award by the Honourable Jean Augustine.  Harold Usher`s contribution to the community has been emphasized in various publications such as Who’s who in Black Canada by Dawn P.  Williams.  On a personal level, Mr.  Usher is married to Melba (née Wright) Usher, also born in Belize and the couple has three daughters, all born in Montreal.