Catching up with Weyni Mengesha 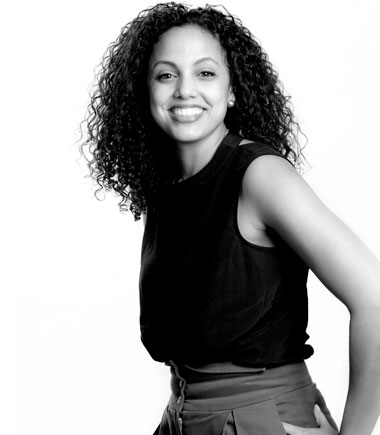 On going deeper with Lungs at Tarragon

When I recently got the opportunity to speak to theatre director and dramaturge Weyni Mengesha about the latest production she’s directing, British playwright Duncan Macmillan’s Lungs, now being remounted at Tarragon Theatre’s Extraspace until January 25, it was a much-anticipated reunion.

Indeed, in the early days of AfroToronto.com, as Weyni was beginning her impressive rise to become, as the Toronto Star called her, “one of the hottest directors in town,” I had interviewed her back in 2005 about the amazing success of the play which launched her career, ‘Da Kink in My Hair, as well as her work on directing D.bi Young’s one-woman-play Blood.claat.

We had kept in touch here and there over the years but it had been a few years since we last talked. “A lot of things happen when you don’t speak to someone in a couple of years, especially around our age,” she told me over the phone across the over ten thousand kilometres which separated us between Toronto and Jeddah, Saudi Arabia where I was calling her from.

Certainly, quite a few things had changed. Both of us who called Toronto home not too long ago had gotten married since, moved to different countries, and in her case she had became a mother and was expecting another child due in matter of weeks.

We spoke about our common love for Toronto and the city’s addictive cultural vibe that kept us coming back to it.

Once Upon a Second Time Around

What was bring her back to Toronto this time from her new life with her husband and child in Los Angeles was the chance to revisit a play which had been met with a good amount of success a year prior. Lungs had won the Toronto Theatre Critics’ Award for Best Production of a Play in the 2013-2014 season as well as being nominated for four Dora Mavor Moore awards – including Outstanding Direction for Weyni.

When asked if she had any qualms about remounting a successful play she said: “I love remounts. I love coming back to a piece. That’s what I love about theatre it’s that it’s constantly evolving.” Both her and the two actors in the play enjoyed doing the show last year and were really proud of discovering the intricacies of the play along with the audience.

“The first time around everyone is concerned about getting everything right and knowing the lines,” Weyni says. But now they feel that they have the luxury of moving forward and going deeper. “Okay, people enjoyed it the first time; we got some things right. So we can afford to explore and go deeper,” as she explains.

“Often it’s such a quick process. During the rehearsal period you solve as much as you can and then by the end of the run, after you’ve done forty shows, you’re like ‘oh that’s what that really means.’ But it’s over. So being able to come back to it with that kind of knowledge and experience, it just feels like a gift.”

One of the interesting particularities of Lungs is that it’s just a bare stage with two actors talking about their anxieties around the idea of bringing a child into an imperfect and uncertain world.

“Macmillan, the playwright, proposed an interesting challenge alongside this play,” as Weyni delineates; “which was don’t use any technical props; keep it as minimal as possible basically. So no set pieces, no furniture, no sound cues, no major visual light cues, there’s no scene changes, just two people on stage talking for ninety minutes about fifty years of their life.”

“It’s a different approach for sure and it’s been really exciting. The audience has really responded because what ends up happening is that we engage their imagination and they create a world; probably better than we could afford,” as Weyni further points out.

It was quite a gamble as a concept because the public reception really could have gone either way. “People could have been like: “What’s going on? We’re the set?” So it was really exciting to know that people were with us and with the concept and were engaged, and could relate to the characters themselves. I think it’s a really cool exercise and it’s been quite successful around the world where it’s been produced,” said Mengesha.

The audience is really engaged because, since the dialogue is the only chronological anchor point, the people feel that if they blink they could miss something. “Oh my God did we just skip a year? Did that just happen? Where are we?” Because there’s no location and there’s no furniture, you also don’t know where the characters are except for how they describe it.

Shows are Tuesday-Saturday at 8pm, Sunday at 2:30pm. Tickets are $37 to $52. Rush tickets sold for $15 cash only, in person at Tarragon two hours before each performance, subject to availability.

Get the latest stories in your inbox!

in Arts
Powered by ZipRecruiter

3 things parents should teach their kids about money