Standing in an Afrofuturistic B-girl stance 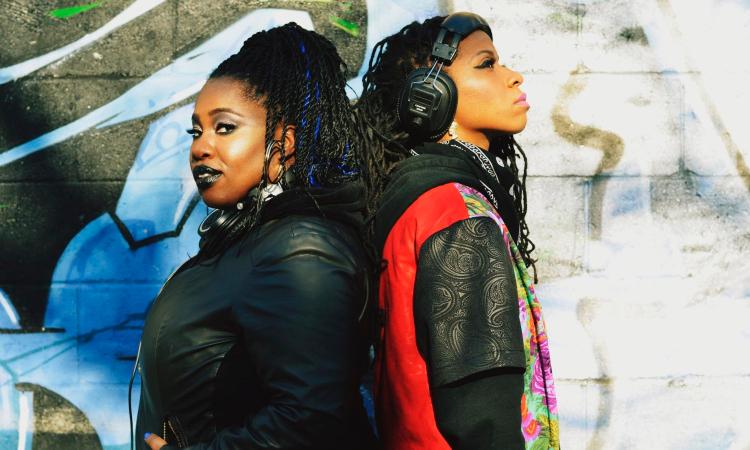 Oraltorio: A Theatrical Mixtape -- an Obsidian Theatre production, presented in partnership with Soulpepper Theatre -- written and performed by multidisciplinarian spoken word artist Motion, and infused by enthralling musical soundscapes of DJ L’Oqenz, is currently running at the Young Centre for the Performing Arts (50 Tank House Lane) until October 20, 2018.

This is the story of two Toronto-bred young women, Motion as the B-Girl and L’Oqenz as the DJ, navigating through life and their womanhood in search of agency. Their quest is set through the background and history of the beats, music, rhymes and song lyrics that have come to shape their identity.

Directed by Mumbi Tindyebwa Otu, Oraltorio is set in an Afrofuturistc aesthetic realm where the worlds of spoken word, emceeing and DJing coalesce. The visually stimulating theatrical universe created by André du Toit’s lighting, and grounded in the hip hop-inspired catacombs of Jackie Chau’s set, add unmistakable character to the show's auditory journey.

"The show was born out of a lot of my own, as well as L’Oqenz's, experiences with music and growing up around music, around the evolution of hip hop, and being inspired by black women artists and musicians," as Motion recently explained to AfroToronto.com. "As well as the role that music has played in the lives and history of people from the African diaspora. The collective experience of a people."

Digging back into the roots

Delving a bit deeper into the origins of Oraltorio, Motion recalls a collaboration show she worked on years ago for the Urban Music Awards, called Musik, where she charted the evolution of the connections between the griots of West Africa all the way to the emcees of hip hop culture.

"That piece inspired me to continue writing a larger work that would blend soundscape with words and with theatre -- to look at the role that music and sound have played as tools of resistance against silencing in black women's lives," as Motion explained. "I would say that's definitely the genesis of Oraltorio." 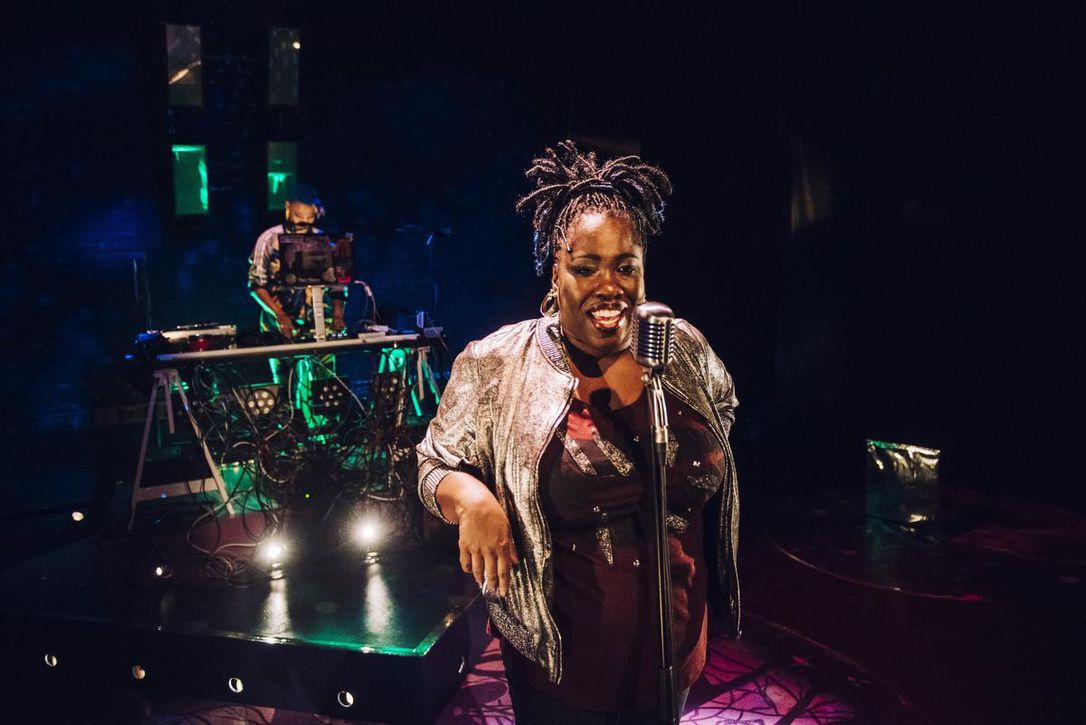 She soon joined forces with DJ L'Oquenz after this epiphany to work together on creating the soundscape and the music for it. "We really thought about the concept of a theatrical mixtape," she said. The idea was to dramatize a mixtape where the iconic sounds from the DJ culture they both grew up with would be overlayered with soundbites, sung or spoken, from different flavours and stories.

"What we've grown to understand through this creative process is just the fluidity of how this work can live. It can live with one mic and a DJ; and it can live in its full production experience with the visuals and working with choreographers and movement specialists," said Motion. "There's so many different ways and formats through which we've been able to find the story and find how different audiences can experience it."

As the concept grew from inception to its current form, various versions of Oraltorio saw the light of day over the years in places like b current's Rock.Paper.Sistahz Festival, readings at the Buddies in Bad Times Theatre's Rhubard Festival, the Piece of Mine Festival, and its first full production as part of Why Not Theatre's Riser Project -- which took place at the Theatre Centre in 2016.

Also in 2016, Motion and L'Oquenz had the opportunity to travel to Ghana with the Northern Griots Network to showcase Oraltorio at the Chale Wote Street Art Festival, as well as the Nkabom Literary Festival.

"Our Ghana experience was great because we actually found ourselves at the birthplace of so much of the musical inspiration that we touch upon in Oraltorio," as Motion shared. They performed to a large audience as part of the closing night of the Chale Wote Festival.

"To be surrounded and immersed in so much artistic expression was really inspirational. It just deepened our connection to the rhythm of the piece; to the ancestry of Oraltorio. Showing that no matter where you go in the world where you find people of the African diaspora, there are audible ties that connect us [through] the way that we express ourselves. [Be it through] spirituality, though dance, through survival, through protesting disparity, through the quest for freedom."

"What we also continue to connect to is the cross-generational strength through which, despite how often we are silenced, or our voices are dampened, we find ways to be heard. So Oraltorio is an ode to that resistance."