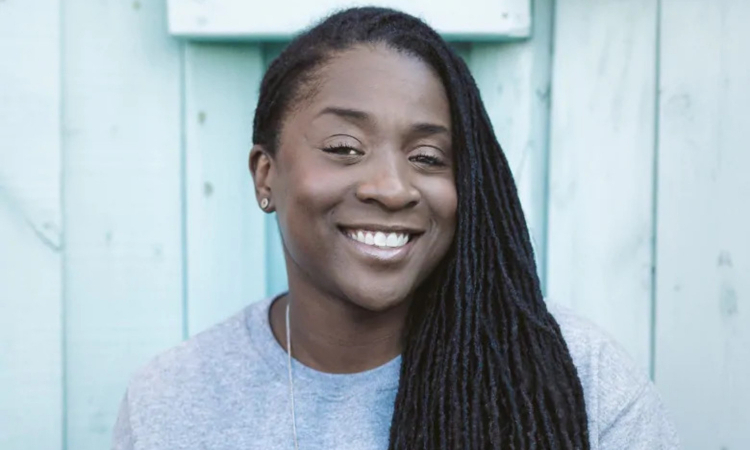 Few people I've come across have mastered the art of the side hustle like Toronto-based creative director and art curator, Ashley McKenzie-Barnes. In fact, she's been so successful at simultaneously managing her established corporate career within Toronto's vibrant advertising agency world and her numerous passion projects — spanning well-known community initiatives such as The Remix Project, Manifesto and Honey Jam — that it's hard to see where the side hustle starts and ends.

"I'm literally split in half," as she told me. "I always say that I have a very unique bridge between that community work, that art and culture space and the corporate agencies."

"I'm lucky to say that a lot of the times they've supported each other, and the cross-over has been great. It has amounted to both spaces [bringing in] bigger and better work, from an expanded point of view," as she further shared.

One of those exciting projects on the horizon is the reason why I got in touch with her.

McKenzie-Barnes has been selected as the curator for a city-produced exhibition of the all-night art festival, Nuit Blanche Toronto 2019, in Scarborough.

Her exhibition, entitled Queens and Kings in Scarborough, which is described as a theatrical playground that challenges the constructs of systematic social marginalization, will gravitate around Scarborough Town Center.

"If I'm going to do it anywhere it's going to be in Scarborough," McKenzie-Barnes said. Having grown up in Scarborough, she knows that it's a hotbed of culture that is unfortunately often overlooked.

"We've had some superstar talent come out of there like OVO and XO; we've had Doc McKinney coming out of there who's the producer of The Weeknd, and some of The Weeknd's crew; and 40 of OVO. It's just like, you know, you don't really ever credit Scarborough as an art and culture space — even though it's huge."

She kept referring to the theme of "bringing back history" through the Queens and Kings in Scarborough exhibit.

Telling a new story through art

In illustrating her point, McKenzie-Barnes refers to renowned artist Kehinde Wiley — who has been known to portray black males, rappers and celebrities within historical settings of white European art and aesthetics.

"I went to an art high school when I was younger, and I remember studying art history. At the time, you don't really think too much of it. But as you get older, you realize [that] your textbooks [have] zero reference to any people of colour — as artists or any black art; or [even] other art [apart from] white European art. That's what I grew up studying. ... Opera, the Renaissance, and the [top Italian and Spanish artists.]"

"So I wanted to do [the Nuit Blanche exhibit] in a theatrical theme — where I [would be] referencing the people's court, the royal rotunda, the amphitheatre, ancient Greek and Western European art spaces; but doing it in a first and second generation influenced and inhabited space."

"Doing it with high art which was solely focused on black, South Asian, Arab and native artists. So it completely flips everything. That's where the theme comes from."

McKenzie-Barnes' goal for Nuit Blanche 2019 Scarborough is to bring on people who have some messages to share which place the patrons, the people of the community, at the center of the artistic experience. While the exhibit will feature Scarborough natives, the idea is to expand the conversation by featuring diverse artists from across the country and even the world.

Among them will be Canadian indigenous artists like Kent Monkman and Jordan Bennett. She also looks forward to bringing in Jamaican artist Ebony G. Patterson — whom McKenzie-Barnes credits for doing incredible work right now in the contemporary art space.

"Our West Indian community is thriving in Scarborough," as she points out. A large portion of the community is unaware that we have these highly influential contemporary artists.

"[These artists are usually being] seen at OCAD downtown or in Art Toronto. These [are often] unattainable and unreachable places for the community. They don't go to these places."

"So when you think of where Ebony G. Patterson has been placed in our city ... there's a disconnect."

"A lot of that was in the forethought when putting in my pitch to the city. That's why I came up with Queens and Kings in Scarborough."

The power of representation

McKenzie-Barnes is only too aware of the power of representation. As a young woman, she remembers being immensely inspired by seeing Sway Magazine, the African-Canadian-focused glossy magazine formerly published by Torstar, in the green boxes on the streets of the city.

As a graphic design student at the time, her goal was to work for the magazine.

"That was the only space, as a young person, where I ever saw a reflection of myself. I saw this as something that I could look to. [It had] meaning to me as a young person of colour," as she recounted.

She eventually reached her goal of working for the magazine.

"Sway Magazine was that one publication where I got to bang out work that was a reflection of myself and where I saw myself fit."

"Outside of [Sway], every other job I got agency-wise — graphic design jobs, in-house design jobs — [had] very minimal reflections of myself within the work and within my peers. You kind of learn to navigate in it because "it is" a job. As a young black person, you cannot allow that to be a hindrance if this is your chosen field."

Having gained nine years of experience in the corporate agency world, McKenzie-Barnes has gone on to work as a creative strategist and creative director on large international campaigns such as the Scotiabank Pride marketing initiative. She's currently the Director of Creative Operations at FleishmanHillard HighRoad.

She acknowledges that it's been a challenge at times not to see herself reflected through her corporate career. In comparison to her work as an independent curator, her experiences in the agency world have been starkly divergent.

"There's a significant difference in the people that I see. It's always been like that. I've never entered into an agency space where it's any different," said McKenzie-Barnes.

"For me, it's been about the work. ... I was very adamant about understanding that space doesn't have a lot of myself in it; so, therefore, I need to make space in it so that I'm breaking down that door."

"As it stands, you may have to break down that door and be that person for somebody else if you're not seeing it yourself."

This is why McKenzie-Barnes aims to make effective use of her position, both as an industry leader and educator, to help build bridges — which are currently sorely lacking — between young black creatives in the city and the corporate agency world.

"I've been working with young designers of colour and I take them with me where I go. I work with them on a freelance level. I'm here to be that mentor for them. To let them know [they] do have people to look into as female creative directors — nevermind male — female black creative directors that are in this job — even though [they] don't necessarily see it."