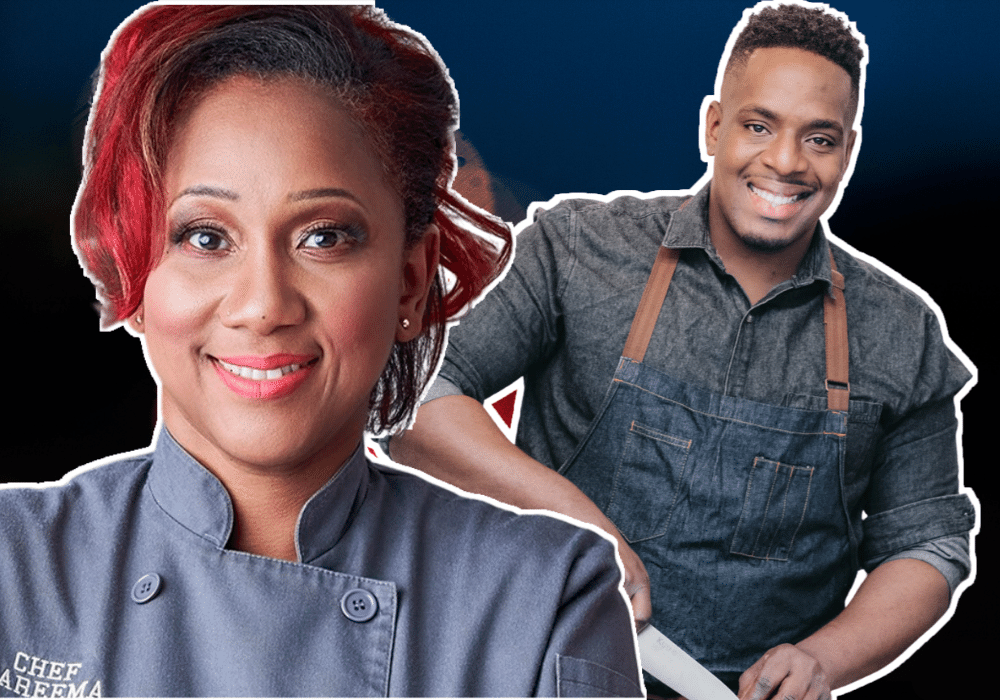 An interview with Toronto-based award-winning Jamaican Chef Noel Cunningham and Trinidadian-Canadian Chef Kareema Beckles ahead of the milestone 20th virtual edition of the International Jerk Food and Music Festival (JerkFest). They will be taking part in live food demonstrations as part of the festival.

Chef Kareema has over 20 years of experience in the hospitality industry and is the Executive Chef of Chef Kareema Caribbean Fusion restaurant – located at 203 Dundas Street East, at George St. She incorporates flavours from the Caribbean and North America to feed her love of unique dishes.

Chef Noel is one of Jamaica's most recognized and celebrated young chefs globally. He was a Top 5 nominee for the Winnipeg's Best Chef in 2018 and has worked for top restaurants like the James Beard House in New York City. He also gained a nod as Best Chef from ByBlacks.com People's Choice Awards for 2019-2020. Chef Noel frequently appears on television cooking segments nationally and has been featured in international publications.

Look out for their live food demonstrations on August 7th & 8th on Jerkfestival.ca for your chance to see these culinary experts in action and learn about some of the most classic and iconic island flavours found in popular Caribbean dishes.