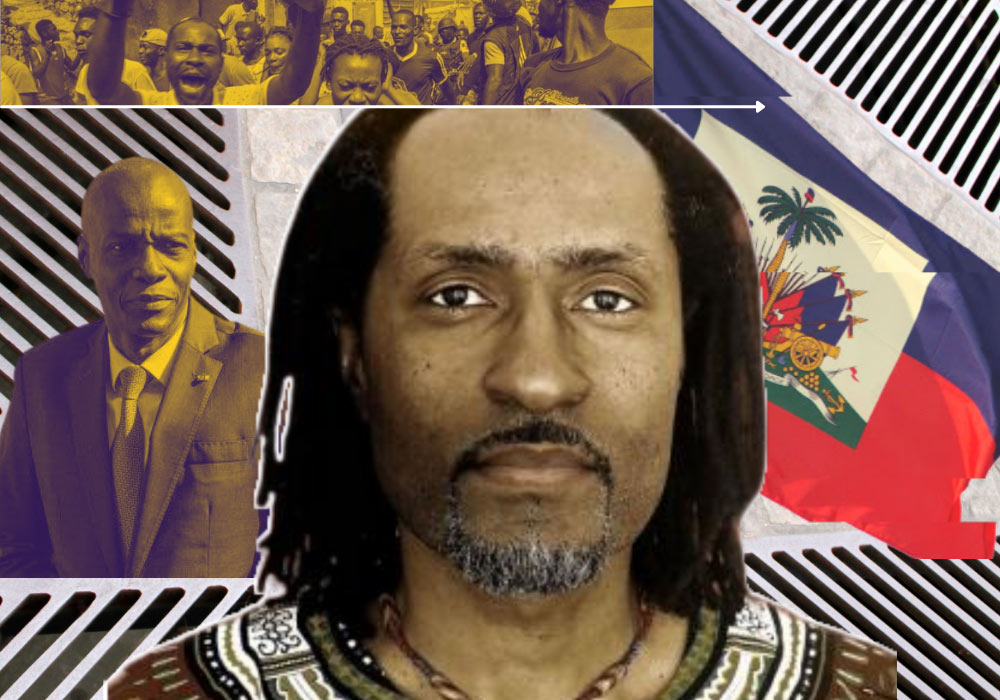 An interview with Jean Saint-Vil, aka Jafrikayiti — a Haitian-Canadian community activist, visual artist and radio host engaged in social justice initiatives. We discuss the aftermath of the brazen assassination of President Jovenel Moïse of Haiti and go through an in-depth analysis of the country's socio-economic challenges and history.

Jean Saint-Vil is based in the Ottawa-Gatineau region and is a frequent commentator and political analyst sought after by national and international media to discuss the political situation in Haiti. Jean is also immersed in the Global Peace and Social Justice movement. Born and raised in Haiti, he maintains strong links with people on the ground.

We discussed the aftermath of the shocking assassination of Haiti's 58th president, Jovenel Moïse, in the early morning of July 7, 2021.

Thus far, a mercenary group of 18 former Columbian special forces soldiers and two Haitian-Americans have been linked to the assassination and are in custody. In addition, three Colombians have been killed, and five remain at large.

The First Lady, Martine Moïse, suffered gunshot woods during the attack and was transported to Florida for treatment. She later returned to Haïti, wearing a bulletproof vest as she disembarked from a private airplane, her injured right arm supported by a sling, to attend the slain President's funeral, which took place on Friday, July 23.

Moises' assassination's circumstances remain puzzling as not a single of his security forces, or police were killed or even injured. It was later revealed through a recording that President Moïse spent a frantic 10 minutes trying to contact backup to save his life. But his appeals for help were in vain.

The Columbian mercenaries, who falsely claimed to be from the U.S. Drug Enforcement Agency, the DEA, gained access to his bedroom and assassinated the President. When the Haitian National Police arrived, twelve gunshot wounds were found on Moïse's body, and the First Lady lay wounded in the hallway near the bedroom.

All evidence shows that this act, at least partially, was an inside job. At President Moise's funeral, cries of "Assassin" could be heard directed at Haiti's national police chief, Léon Charles. Which shadowy forces had the motives and the means to carry through such a brazen act?