Because the festival is on Human Rights, the documentaries screened are undoubtedly the most moving one will ever experience in any festival this year! 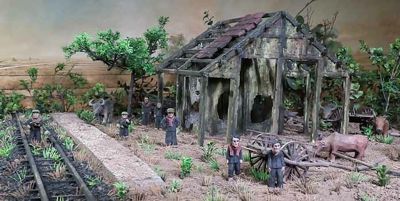 HRWFF runs from Feb 27 (Thursday) to March 6 at TIFF Bell Lightbox, and features eight films that call for justice and social action with stories of human rights violations from Canada and around the world. 2014 will be the Festival's 11th edition in Toronto, and it continues to be Human Rights Watch Canada's most important outreach event, bringing these empowering stories to Toronto audiences.

For complete schedule and show times, please check the TIFF website at:

"Highway of Tears" is about the missing or murdered women along a 724-kilometer stretch of highway in northern British Columbia.   None of the 18 cold-cases had been solved since 1969, until project E-Pana (a special division of the RCMP) managed to link DNA to Portland drifter, Bobby Jack Fowler with the 1974 murder of 16 year-old hitchhiker, Collen MacMillen.  Smiley’s documentary questions the more than 500 cases of Aboriginal women that have gone missing or been murdered since the 1960s.   Half the cases have never been solved.  The film shows viewers generational poverty, residential schools, systemic violence, and high unemployment rates have done to First Nation reserves and how they tie in with the missing and murdered women in the Highway of Tears cases.  Though the human rights issue appears to only affect Northern B.C, the larger issues here are the neglect of women safety and respect for the First Ntion women.  Some good have at least come about from all this, like the introduction of transportation and delivery of essential medical supplies to First nation Communities.

The film is a part archival footage part clay animation documentary of the horrors of life under the Pol Pot regime when the dreaded Khmer Rouge Army destroyed all individuality of the Cambodians.  Director Panh took two decades to create this impressive body of work.  Panh was only 11 years old when the Khmer Rouge took over and his story also explored the suffering of his own family, making the film both personal and highly effective.   The film contains unforgettable horrific images many that will surely bring tears to ones eyes, especially the tale of hungry children crying themselves to their death.  He film is rendered more beautiful by the flute and strings score and Panh’s poetic narrative.

SAVING FACE is a disturbing yet uplifting 52-minute documentary on the subject of acid violence against women.  Pakistan documents over 100 such attacks on women.  The attackers, mostly jealous husbands and men generally get away with the heinous crime.  The human rights issue here is the bill proposed to Parliament for life sentences on the guilty party.  The hero of the piece is London based plastic surgeon, a Pakistani himself who performs reconstructive surgery pro bono on scarred victim.  The film rightly centres only on two such victims and how Dr. Mohammad Jawad helps them normalize their lives.  The film is difficult to watch due to the awful destroyed faces of the women shown on screen.  While the film shows the worst in human beings, it also shows the best in the form of the work of Dr. Jawad.  The film won Pakistan’s fist Oscar for Best Documentary Short Feature!

The setting of this must-see documentary is Oxnard, California, close to L.A., where 8th grade Brandon shot Larry King at the back of the head in a classroom.  Larry King had previously asked Brandon to be his Valentine while wearing in high heels in front of his laughing friends.  The film tells the story through interviews, revealing both sides of the story though it is clear director Cunningham has hidden agenda in her documentary.  But the main message is tolerance to everyone which is told through speeches at the school’s graduation and indirectly (and most effectively) through conniving Jurors who show on screen not only how intolerant but how stupid they are.  But it is clear that both Larry King and Brandon are victims though there is no excuse for the killing and bullying.   There is one great truth revealed in a small segment in the middle of Cunningham’s film when Larry’s friend and classmate tells how she stopped Brandon from calling her a nigger.  She went up to him in the middle of a class and punched him in the head several times.   Brandon never bothered her again.