Best film opening is Palestine’s Best Foreign Film Oscar nominee OMAR.  This is my pick for the winner in this category. 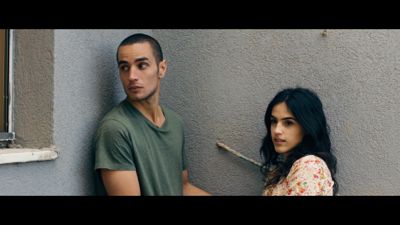 Also opening this week are NON-STOP and Russian blockbuster STALINGRAD.

NON-STOP is billed as an action/thriller mystery.  The mystery element is the film’s strongest component, thanks to Spanish director Collet-Serra’s effort, him being made famous for his ghost stories ORPHAN and UNKNOWN.  But when the film changes gear to action and thriller, it gets too silly, over-the-top.

The central character of the story is federal air Marshall Bill Marks (Liam Neeson) who is alcoholic and a complete mess owing to marital and other problems.  So when he boards a plane and receives a series of threatening text messages stating that a passenger will be killed every 20 minutes unless $150 million is deposited into an offshore account, no one believes him.  Bill takes things into his own hands.  He gets fired while at it and incurs the wrath of all the passengers, except of course, Jen Summers (Julianne Moore), his love interest.

The script contains too many details that need to be explained.  Not all these are explained satisfactorily but credibility gets pushed further as a bomb on the plane finally explodes and the plane lands safely while t\its body is torn apart.  All this looks good on screen, special effects-wise, but upon careful consideration is in reality all very silly and unbelievable.

There is a segment in which Bill comforts a lone little girl passenger, which reminds him of his won daughter.  This is emotion generated in a film at the lowest level.

NON-STOP is non-stop Hollywood kitsch at its very best or at its very worst, depending how one wants to look at it.

OMAR is the story of Omar (Adam Bakri), a mischievous, bright but always in trouble youth who has to fight for his true love and freedom.

When the film opens, Omar is scaling a wall to meet his secret love, Nadia (Leem Lubany).  But Omar is also a freedom fighter who with two friends, Tarek (Eyad Hourani) and Amjad (Samer Bisharat) shoot a military sentry.  Omar is captured and tricked into working for the military police.  But the appeal of the story is how Omar and the military police play the constant cat-and-mouse game.

The film is as exciting as it is suspenseful.  Director Hany keeps the audience constantly on their toes.  The torture scenes are a bit too severe at times to watch, but the audience knows that what is shown on screen happens in real life.  The film contains all the elements that make a good suspensor – betrayal, love, loyalty, sacrifice and the fight for freedom.

Bakri is excellent as the youth Omar, charismatic and indeed the best looking Palestinian I have ever seen.  Bakri looks even more dashing with the scars left by the torture.

IMAX claims to create a new viewing experience for audiences with the use of both sight (in the form of a gigantic screen) and sound system but this film does the same without the expense but by director Hany’s excellent story-telling skills.  OMAR is Palestine’s Best Foreign Film Oscar hopeful this year.  The film also won the Jury prize at this years Cannes in the Un Certain Regard section.

STALINGRAD will attract audiences for the fact that it is the first Russian and non-American movie to be made using the IMAX format with stupendous war footage that will rival the best of sci-fi futuristic and action hero films.

One would say that the film is inspired by true events.  STALINGRAD is not based on any literary source but from diaries of the participants of the battle of Stalingrad.  The action takes place in 1942 when the German troops occupied the bank of the Volga River.  Having failed while attempting to cross the Volga to launch a counteroffensive on the German Army, the Russian troops were forced to retreat. However, a few soldiers managed to get to the shore on the enemy's side. They remained hidden in a coastal house where they met a girl. The Germans had occupied her home, and she did not have time to leave the front lines.  The film is the story of 5 combatants and the girl.

The film begins with he aftermath of the Tsunami in Japan.  One immediately wonders what this has to do with Stalingrad but the film eventually explains why.

Or a full two-hour film, director Fedor Bondarchek knows how to engage his audience into the narrative.  There are 5 Russian and 2 German characters and 2 females with two love stories.  The human element is of prime importance to draw the audience into a film that would otherwise just become meaningless fighting.

Bondarchuk has also taken great pains to ensure his battle scenes are exciting and authentic.  The film is also shot both in German and Russian with a little English.

Hopefully the subtitles and the fact that the film is in Russian will not deter audiences from the film.  The film has everything audiences love such as action, romance, and special effects though it does not have that much humour.  The film cost a modest $30 million and it has already made double that amount internationally.