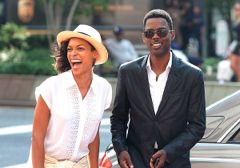 After a very slow last week, 2 new blockbusters open to lift box-office out of the doldrums.

See the Kubrick Exhibition at the TIFF Bell Lightbox.

EXODUS, from the book of EXODUS in the Bible’s Old Testament, tells of the defiant leader Moses’s (Christian Bale) rising up against the Egyptian Pharaoh (Joel Edgerton), setting 600,000 slaves on a monumental journey of escape from Egypt and its terrifying cycle of ten deadly plagues.

There is much to criticize and dislike about this monstrosity of a film though it fares quite well in the first part. Except for the first shot of the CGI generated image of thousand of slaves working on architectures. When Moses was still living as a Prince with Ramesses II, fighting by his side, and visiting Egypt’s Kingdoms including the one ruled by the Viceroy, the film holds interest, especially when the script by Steven Zallian toys with modern economics for example what would happen if all the slaves are gone and Egypt had to start paying wages. Though based on a the book about faith, the script has very little, trying to explain rationally all that happens. This is where it falls apart.

While trying to humanize the story, the film concentrates on the family of Moses. Moses marries and has a son. When told by God (ridiculously personified as an articulate nasty little boy) to leave his family and free his people, the dramatizing of the emotions when Moses informs his son and wife of his leaving is nothing sort of cheap Hollywood theatrics, and badly done at that. Worst of all, Moses makes a detour after freeing his people to come back to his family. It is this sort of b.s. that nobody can fall for anymore.

Everyone knows about the ten plagues God befalls on the poor Egyptians before Ramesses II frees the Hebrews. The script reasons out the plagues. For example, crocodiles result in the river turning to blood which forces the frogs on to land and when they die, turn in flies and causing disease. All this is fare and well, but the script conveniently avoids how the Hebrew slaves escape the same plagues.

The film climaxes with the parting of the Red Sea. This was the grand spectacle of Cecil B. DeMille’s THE TEN COMMANDMENTS, but it forms the anticlimax in this film. For one, Scott makes the parting look like the sea at low tide. Also, when the waters return to sweep up the Egyptians, the direction of the water is puzzling since it appears to come from the middle with the Hebrews fleeing from one side and the Egyptians on the other.

This is not to mention other problems like Moses speaking with a British accent, women in 300 B.C. wearing lipstick and eyeshadow among the film taking too many Biblical liberties. The segment of the city outrun by frogs is CGI effects gone amok!

EXODUS GODS AND KINGS is a huge disappointment But it should make a ton at the box-office with Christians (notorious at going to see bad movies) flocking to see this one during Yuletide.

TOP FIVE refers to the top 5 (with maybe a few added after) song and artists as selected by numerous characters in the new Chris Rock vehicle. He has directed before in HEAD OF STATE and I THINK I LOVE MY WIFE. If the characters click, they will likely have the same top five.

TOP FIVE follows once stand-up comic Andre Allen (Chris Rock) turning serious and wanting to do something meaningful in his life. This sans making a serious movie that matters. His latest film is a film abut the Haitian Revolution called “Uprising” that no one wants to see. At present, Andre is about to be married to a Reality star (Gabrielle Union) while New York Times Times reporter (Rosario Dawson) is chasing Andre for an interview. It does not take a genius to guess that Andre will wind up with her.

Those who know Chris rock will know what his comedy is like. Crass and crude and observational in a cynical way! They are plenty of sexual in-your-face jokes. So, when two white elderly ladies walked out half way during the promotional creeping, I was not surprised.

To Rock’s credit, his script contains a few good ideas. The Hammy the Bear portions are the funniest. And like the Andre character in the film, no one wants to see the serious Chris Rock but the funny Chris Rock.

But Rock lets his ego get the best out of him. He gives himself the best lines, the best sexual encounters and unashamedly the best stand-up gig complete with applauding audience near the end of the film.

But his film has some good solid music as all as cameos. Watch for surprise cameos that turn up for Andre’s bachelor party to offer him some advice about cheating on the missus. His supporting cast is pretty solid too, the best being Cedric the Entertainer playing his chaperone.  As there are some laugh-out loud moments, there are quite the few misses as well.

But TOP FIVE is more of Chris Rock’s set bits than a movie.  As a film, it is predictable from start to end - even a few of Rock’s jokes are predictable).

TOP FIVE is Chris Rock’s ego trip. It is also a disguised romantic comedy aimed at the African-American audience especially those who are fixed on TV and entertainment. If you can stand him and his comedy, you will get a good run for your time but if you are not, avoid the film at all costs.

Everyone loves a good secret.  Britain apparently kept the secret of the Enigma and the code breaking team for 50 years.  There are countless quotable lines in the script.  A code is not a secret as it is in the open only that no one can understand its meaning.  A secret of why people love violence is revealed.

Graham Moore’s occasional brilliant script is surely the type that gets an Oscar nomination, though it plays pretty safe by the book.  THE IMITATION GAME is the story of the mathematics genius Cambridge Professor, Alan Turing (the excellent Benedict Cumberbatch) who spearheaded the code breaking machine during World War II.  The film also time shifts, intercutting the war effort with the 1951 year when pan was persecuted for his homosexuality.  He was also accused of being a Soviet spy, though this was the least of his worries.  Kiera Knightley has the role of his egghead girl, Joan Clarke who almost marries him and Matthew Goode as Hugh, the hot headed member of the team.

But it is Cumberbatch who delivers an impeccable performance of the man and machine who is a genius and a monster.  The film is also about the beginning of computer, as observed by the first huge monster of mechanical rotors and number of cables which make up Turing's Enigma Breaking machine.

As in C.R.A.Z.Y. and in DALLAS BUYERS CLUB, Canadian director Jean-Marc Vallee tackles once again a protagonist with an identity crisis.  WILD has a screenplay by Nick Hornby, based on the memoir Wild: From Lost to Found on the Pacific Crest Trail written by Cheryl Strayed.  The real Cheryl Strayed has a cameo as the lady in the truck.

Cheryl Strayed (Reese Witherspoon) decides to hike more than a thousand miles of the Pacific Crest Trail alone, as a way to heal herself, following her divorce, the death of her mother, and years of reckless, destructive behaviour.

The film opens with Cheryl losing her hiking boots off a cliff.  Vallee flashbacks to the events leading to this state of affairs before Cheryl ‘packages’ her feet and continues her gruesome journey.

The film is shot with the titles Day 1, Mile 5 for example.  Some days are skipped, but the titles inform how long the journey has taken as well as the distance walked.  There is one title ‘day fucking 30’ which appears on the screen (soliciting the audience’s laughs), which reflects Cheryl frustration and hardship.  One can imagine director Vallee being so tempted to put in this surprise humour in the film.  There is another segment in which Vallee succumbs again to temptation.  This is the shower scene where Cheryl steps into the bathtub to take a shower, shower curtains and all.  Vallee does Hitchcock here, to the amusement of cinephiles who will recognize the shots.

Vallee holds the reason for her thousand mile walk till mid-way through the film.  It is a valid reason and the script does well not to reveal it too early.

It is good to see Witherspoon in fine form here (and also in INHERENT VICE) after her Oscar winning performance in WALK THE LINE.   It is a physical role, as observed in one comical scene in which she tries to strap o her already-too-heavy backpack.  Laura Dern playing Cheryl’s mother also deserves mention.

For a serious film, Vallee keeps the film humorous.  He plays around often with scares.  There is one scene which Cheryl is petrified in her tent way out in the darkness and wilderness, and utters: “I am not afraid”, only to have the camera reveal a nearby rabbit making the noise.  The same goes in another scene where Cheryl empties her sleeping bag thinking that a snake could have crept in, only to find a hairy caterpillar.

But Vallee’s film also contains uncomfortable scenes of Cheryl hooked on heroin and having sex with multiple partners.  But stunning scenery of the pacific Crest Trail relaxes the tension.

Jean-Marc Vallee has proven himself a reliable director with a string of box-office and critical dramas, eliciting impeccable performances from his actors as well.  His next film should be well anticipated.

Action: The Hobbit: Battle of the Five Armies