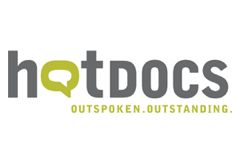 The Canadian International Documentary Festival aka Hot Docs runs from Apr 23 to May the 3rd. It boats as many films as TIFF from all over the world.

For the screening schedule, best to cheek out the hot docs site itself at:

The festival has several options for tickets. Cheapest if one buys the all festival pass called the premium pass at $339. Otherwise, singles are $17. There are free daytime screenings for seniors (60+) and students for films before 5 pm.

The films are divided into the main categories of:

world showcase with subsection Made in India

show me the funny

Director Robert Cohen is a Canadian born in Calgary, Alberta now living in Los Angeles. He is a bit perturbed about the large number of people (not only Americans but others from India and England) who knows little about Canada. So, Cohen assigns himself the task of touring the country from coast to coast answering his own made up questions with the hope of providing the answer of what it is to be Canadian. The trip begins in Nova Scotia and ends in British Columbia ending on July the 1st, which is Canada Day. Questions Cohen poses include: “Why are Canadian so polite?”, “Why are Canadians so funny?” Most of the questions do not really reveal what it really is to be Canadian, just superficially in terms of traits. The questions are not really answered either, just examples given. The idea of telling anecdotes to tell the story of what it is to be Canadian wears out its novelty quite fast. Jokes are plentiful but mostly mildly funny. The film tends to drag towards the middle. BEING CANADIAN celebrates what it is to be Canadian and does nothing much else.

CHAMELEON is the Ghanaian investigative journalist who follows cops and exposes the crooks for what they are. The man never shows his face in public, likely for fear of retaliation. Mullins follows several takedowns including an illegal abortion doctor who has sex with his patients prior to the act and a pastor pedophile who rapes children. A lot of the documentary is sensationalism with a large portion of the tim devoted to him speaking to a school of students. There is nothing really new to be learnt here, nor any message to be delivered. All the audience sees is the James Bond like journalist in action. Shor largely in Ghana.

This immensely enjoyable documentary by Oscar winning director Zaritsky takes the audience from Vancouver to Utah to Britain to celebrate an assortment of eccentrics. In Utah is a cave dweller who has not used money in 14 years. He eats roots around the canyon and food he finds in dumpsters, claiming that he has seldom gotten ill. The other most interesting eccentric is the British inventor who has invented everything from a fire engine three wheeler to a bra warmer to a tunnel with a light at the end of it Then there is the duck lady and the Brit that runs for major for the most ridiculous of reasons. If one eccentric is not that interesting, the audience knows that there will be a more interesting one around the corner. Zaritsky brings his film to an end with all the eccentrics brought together. A simply made documentary that is immensely entertaining.

MILK celebrates the miracle of breast feeding milk. Weis’ documentary that takes audiences all over the globe into all 5 continents appears aimless at the start but begins to make sense from the mid section onwards. Weis brings in as many topics as she can regarding breast milk from midwifery to the abuse by conglomerates selling infant formula (brought under control finally by governments after massive infant mortality rates in Africa, India and Pakistan) to the human milk banks in Brazil. Certain facts are disturbing such as the ignorant Filipino mothers who substitute coffee whitener for milk. But most of what Weis puts on screen is already known one way or other )the topic of abuse of infant selling companies was covered extensively in a previous doc) except for a few facts here and there. Still, it is beneficial that a filmmaker so dedicated to the health of babies and hence human beings makes a film that brings everything regarding the topic of mother’s milk together.

WARRIORS OF THE NORTH is a documentary on terrorists. It boasts an exclusive interview with a real-life Al-Shabab terrorist, recruited in Denmark where he lived and now in Somalia trained as a suicide bomber. He hates the West. The film starts with his friend, Abdi who blew himself up as well as others at a graduation ceremony for graduating doctors in Somalia. Whether the scene is actual or re-enacted, it is still an extremely disturbing one. The documentary follows Mohammed Abukar with his father, a devout Muslim who wants his son to return home to Denmark to be safe, serve time for what he has done rather than live in danger for the rest of his life with Al-Shabab.  The reasons for him joining the terrorist cell? Among them (as voiced by Mohammed himself): the need of young men for action; the need to believe in a higher cause such as freeing the Muslim Somalians from the invading Christian Ethiopians; to retaliate from the Americans oppressing the Muslims among others. Documentarians should be credited for the amount of diligent research gone through in the making of the doc. This doc has this, and the additional bonus of the extreme risk and danger of what would happen to the filmmakers if the terrorists take it out on them. WARRIORS OF THE NORTH is an important film that demands to be seen. It does not forgive the terrorist acts but allows the audience to look at the terrorist with a more sympathetic but still stern view.