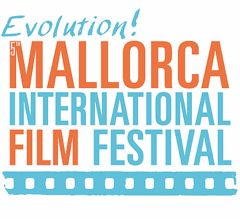 The fifth annual Evolution! Mallorca Int'l Film Festival will be held from November 3 - 12  It is one of the fastest growing film festivals in the Mediterranean.

The Evolution Mallorca International Film Festival (EMIFF) attracts over 2000 attendees from over 20 countries worldwide.  In 2016, EMIFF aims to expand the presence of international filmmakers and strengthen its position within the worldwide film festival calendar.  Since it's 2012 inception, the number of films screened has tripled, counting over 70 movies from 22 countries during the 2015 festival program.  Ticket sales have continuously increased, selling out 90% of all EMIFF screenings and events.  In conjunction with its sister-screening event in Hollywood, CA, EMIFF is becoming an international launching pad for promising new talent in all film genres.

EMIFF is proud to partner with sponsors who support the arts and emerging artists.

The EMIFF is also a true destination event, with spectacular scenery in which to show high quality international films amidst the natural beauty of the island of Mallorca.  It has has quickly become a hot destination, popular with locals and film goers around the world who come in for the festival's screenings, celebrity attendees, and numerous industry and special events.

This year, the festival will honour Danny DeVito with a special tribute award in-person.

More information on the festival is here:

Festival passes and individual tickets are available at present.

Ticket sales and additional festival information can be found at:

Two soldiers are forced to live together in a small bunker. The intense war outside will soon erupt between them.

Cast and Crew will be in attendance

Romy is on holiday in the USA with her French husband, Richard, the journey wears out the couple. After an ultimate fight, Romy decides to break free. Actors: Diane Krüger (Troy, Inglorious Bastards), Norman Reedus (The Walking Dead).

Director will be in attendance.

Legendary actor/director Danny DeVito will be honored with the inaugural Evolution Honorary Award. The Evolution Honorary Award is given to an iconic and visionary filmmaker who inspires audiences, breaks boundaries, and has created visionary entertainment that has touched generations. Danny DeVito's tremendous body of work exemplifies storytelling passion and skill. We are proud to present a screening of Mr. DeVito's classic 1989 film The War of the Roses, followed by a conversation with Mr. DeVito.

A young Muslim rapper is forced to spend some time with a crotchety white racist. Enemies become friends, and learn a little something about the banality of their ignorance.

After years of depression Luca reinvents herself with the help of new friends.

A stranger in his own life, Danny reluctantly returns to his childhood home after his father's sudden passing. He rediscovers his hometown as a summery paradise.

Anna a single mom is forced to take four jobs to support herself and her autistic son, she decides to leave Georgia but it's easier said than done. Director will be in attendance.

A former East German boxing champion working as a bouncer and debt collector reflects on life when he is diagnosed with ALS.

A librarian facing a mid-life crisis travels to Costa Rica in search of enjoying life to the fullest.

Kiss Me Kill Me, Director: Casper Andreas (US)

While confronting his unfaithful boyfriend, Dusty blacks-out. When he comes to, his boyfriend has been murdered and he's the prime suspect. Director will be in attendance.

Holiday time, a Mediterranean island. The determination, no matter the cost, to make things change. Nostalgia for a past that never existed.

Julia rents a room to Luuk. Their cohabitation will make them rethink their lives: are they living the way they really want to? Director will be in attendance.

We follow Devki's story, as it tell us why Indian women find it difficult to free themselves from their traditional roles.

After the death of his parents a young man travels to Mallorca to live in their house and look after their turtle.

Ingvld entangles herself with two men, it is a very dangerous journey.

Jilted groom David is convinced by his best man Flula to continue with his planned honeymoon. Lead actress Lilith Stangenberg in attendance.

For the refugees of the multinational residential centre somewhere in Europe, this black comedy reveals their daily stuggles and laughs.

An in-depth look at the life and music of Manchester-based rock band, Oasis.

The Karamazoffs (A walk on the SoHo years), Director: Juan Gamero (Spain)

In the 1960s, New York's SoHo was occupied by artists from around the world, The Karamazoffs, a group of Barcelona artists relive their experience during those wild years in SoHo.

From mother to daughter the film shifts to a reflection about female emancipation, fight, movement and cinema.

Tomeu L'Amo, a Majorcan scientist and artist bought an unknown painting in an antique shop 25 years later, he tries everything to get it certified as a real Dalí. Cast&Crew will be in attendance.

CAPSULE REVIEWS for the opening and closing night films will be added during the weekend.

The film’s intriguing plot sees two Spanish soldiers are guarding an outpost during wartime and discover a polish woman, hurt and unconscious.  Writer/director Serrano leaves the audience to figure which war it is, not that it matters.  When Teo (Chani Martin), the religious one is first sent to the deserted outpost in the midst of a harsh winter, his beliefs run heard to head with the more animalistic Silverio (Eric Frances).  Things get worse when a beautiful Polish girl Monika Kowalska shows up wounded.   Silverio aims at satisfying his sexual urges while Teo wants her delivered as an enemy to the army.   They nurse her back to health.  The film serves as both a thriller and a character study of the three characters.  Each one is given due importance thoughSerrano gives the film a bias towards Teo’s point of view.  One thing about the film is that one can never guess what is going to happen next - both in terms of incident or character development.   An overall absorbing film. 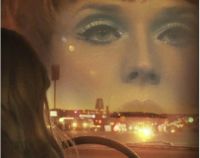 A runaway movie in which the runaway is a female fed up with her marriage.  Romy (Diane Kruger) and Richard (Gilles Lellouche) are a French couple on vacation in America. They play at being free and wild in the California desert, but can't escape the shadow hanging over their relationship. A drunken night in a bar leads to a violent confrontation. Romy sees a chance to remake her life.  She accidentally bashes Richard’s head with a lamp and flees the scene.  In the process, she undergoes a series of adventures, finding her true love at the same time.  It is a female flick with a lot of segments offering a woman’s point of view.  Just like WILD, the female seems to encounter friendly harmless males.  The film is called SKY because it is always changing.  And so do the events in the story.  They keep changing so that nothing is expected, which could be a good thing and bad as well.  The film is an ok watch but stretches the audience’s credibility.  At least Kruger and Lellouche are totally watchable.