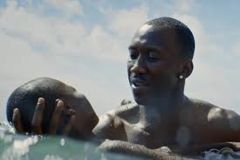 This is what being an honoured member of the Toronto Film Critics Association is all about.  All the members sit down one Sunday afternoon to vote and decide the best of the best each year.  here is debate, sometimes heated on who should win what and who should not win what.

What we voted for Best Picture was very close to Sight and Sound’s 2016 international critics poll that listed TONI ERDMANN and number 1 film and MOONLIGHT as number two.  Here, the best two films were identical but the order reversed.

Note TONI ERDMANN opens in Toronto last week of January.  Yes, it is a 163-minute long German comedy with subtitles.  I have seen it twice.  See it twice to get it!  The best scene is Sandra Hiller singing “The Greatest Love of All”.

Below are the complete list of award winners.  The prizes will be celebrated during the annual TFCA Gala Awards dinner beginning of January 2017.

The winners are often present or will send their remarks by video.

2016 is another great year at the movies.

Michelle Williams, "Manchester By the Sea"

"Manchester By the Sea"

"The Witch", directed by Robert Eggers