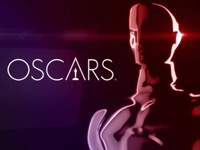 The 91st Academy Awards Ceremonies took place on February the 24th Sunday at the Dolby Theatre at the Hollywood and Highland Centre in L.A.

Movie fans worldwide will tune as they seek to see who will come up with top Honours as well as what blunders that might occur.

This year marks one of the rare times the ceremonies will be without a host after comedian Kevin Hart got fired for making homophobic remarks.  The organizers promise a more dependable list of presenters.  As expected, quite a few jokes were made of the fact.

The ceremonies began with Adam Lambert’s rendition of “We Will Rock You” from the Best Picture Oscar Nominee BOHEMIAN RHAPSODY.  The first presenters Maya Rudolph, Tina Fey and Amy Poehler did a short stand-up spill to replace the usual 10 minutes opening routine by the host,

Changes are not necessarily be for the good.  One of the silliest, in my opinion is to have a total of 8 films nominated for Best Picture instead of the old 5.  This means more disappointments and there is no point, in my humble opinion to have more films listed only to be shunned.

Another change proposed was for the prizes for cinematography, film editing, live-action short and makeup and hairstyling to be presented during TV commercials.  This proposal was met with outrage and reasonably so.  Film editing and cinematography are key to a great film.  This year’s Oscar nominees for Best Live Action Short are nothing short of phenomenal.

Last year’s Oscars was the lowest rated ever.  The 91st should prove better.

The funniest speech was from Olivia Colman winning from THE FAVOURITE, though Spike Lee comes a close second.

Otherwise, a rather mediocre but noticeably shorter Oscar night.  Till next year…..

Yalitza Aparicio, “Roma”
Glenn Close, “The Wife”
Olivia Colman, “The Favourite” ***
Lady Gaga, “A Star Is Born”
Melissa McCarthy, “Can You Ever Forgive Me?”

“All The Stars” from “Black Panther” by Kendrick Lamar, SZA
“I’ll Fight” from “RBG” by Diane Warren, Jennifer Hudson
“The Place Where Lost Things Go” from “Mary Poppins Returns” by Marc Shaiman, Scott Wittman
“Shallow” from “A Star Is Born” by Lady Gaga, Mark Ronson, Anthony Rossomando, Andrew Wyatt and Benjamin Rice  ***
“When A Cowboy Trades His Spurs For Wings” from “The Ballad of Buster Scruggs” by David Rawlings and Gillian Welch