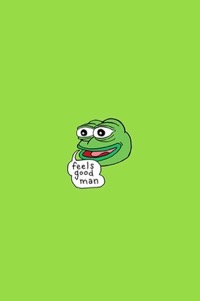 Have you heard of Pepe the Frog?  You would have if you are an ardent internet user or a kid watching cartoons or reading comic books.  Or a total loser two has used Pepe as a meme.

The word meme has been popularized with the advancement of the internet, especially through Youtube and Facebook.  A meme is an idea, behaviour, or style that becomes a fad and spreads by means of imitation from person to person within a culture and often carries symbolic meaning representing a particular phenomenon or theme.  A meme acts as a unit for carrying cultural ideas, symbols, or practices, that can be transmitted from one mind to another through writing, speech, gestures, rituals, or other imitable phenomena with a mimicked theme. Supporters of the concept regard memes as cultural analogues to genes in that they self-replicate, mutate, and respond to selective pressures.  Pepe the Frog is a meme.

The film follows artist Matt Furie, creator of the comic character Pepe the Frog, who begins an uphill battle to take back his iconic cartoon image from those who used it for their own purposes.

The title comes from one of Matt’s cartoons.  Pepe discovers a friend while opening the toilet door, taking a piss with his pants and trousers pulled right down to the floor.  “Feels Good Man” is the reason for doing so.  This and Matt’s drawing of the sad face frog began to get extremely popular and surface on the internet.  Others have used pep’s image to propagate hate crimes.  Kill Jews are example of words that come out from Pepe’s mouth as posted on the internet by others.  Pepe became a hate icon.  Matt tries to take back Pepe the Frog, while suing the companies and the people who have used his frog character to commit hate crimes in the guise of free speech.  Trump also comes into the picture.  One can only say that that is America for you - free speech as an excuse to do despicable deeds.

Director Jones unfolds his film in a straight forward manner.  He uses Matt throughout his documentary using with him appearing in a majority of the scenes.  Matt is fortunately quite a  decent looking guy, rather cool in  away with a good conscience thus making a different and of hero/protagonist. The film begins with a brief history of Matt and how he started creating Pepe the Frog.  Director Jones interviews people to have their say on their impressions of Pepe.  The doc then follows the unethical use of Pepe and the reason for doing so.  Experts on the subject of memes are also consulted and interviewed.  Matt comes back not the picture to reclaim Pepe’s innocence.  The film focuses also on the mental effects all this has on Matt.

The final result is a happy ending that FEELS GOOD MAN.  Jones’ film is informative, good natured and shows that good will eventually triumph over evil and stupidity.

FEELS GOOD MAN is currently playing in Virtual Theatres during the Montreal based Fantasia International Film Festival and also opens on VOD September the 4th. 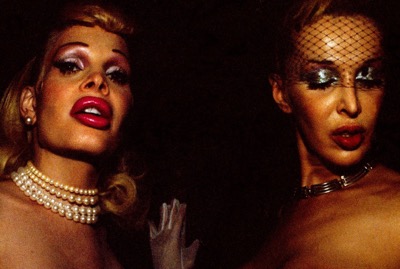 I HATE NEW YORK is not so much about the city’s structures or architecture but of the city’s underground.  Filmed over the course of 10 years from 2007 to 2017, this is director Gustavo Sanchez’s debut documentary feature.  Sanchez has condensed hundreds of hours if footage shot on handycam.  The film is quite an eye-opener.  As they say a documentary is often as interesting as its subject and in Sanchez’s documentary there are four interesting subjects.  What they have in common is the fact that they are all transgender activists at a time when the world was not familiar with transgenders.  These four are marginalized New Yorkers.  Sanchez tells their story.

The four heroines (as they are called in the film) are district individuals that made not only a statement but an impression on New York City.  They are, as introduced in this order:

2. Tara De Long - The most tomboyish of the four, she is given the least attention, and she married Chloe described below.  The film’s understatement of her contrasts the enormity of her love.  Tara opens with the words: “I love New York”.  She demonstrates her ability to be a great performer though she is humble enough to say she does not know how.

3. Sophia Lamar.  She originated from Cuba and this singer, actress model worked with Amanda.  What happens when two drama queens get together?  They fight and argue.  They unsurprisingly breakup as friends.  She is the hot latino always swinging her crazy hair during her performances.

4. Chloe Szubilo.  As the film describes her, Chloe is fresh off the farm.  She is first shown walking her go by a park.  The leader of the legendary punk group Transister, she married Tara.  Sadly she passed away and the film is dedicated to her.  Chloe suffers terribly from arthritis and is constantly in pain due to the ailment.

Sanchez, after introducing each separately, brings them together and shows how their lives intertwine.  And two of them wed each other in one of the most romantic segments seen on film.

Director Sanchez filmed his 4 heroines over 10 years.  The result is an intimate examination of his subjects.  The four are confident enough to share their inner thoughts on film, creating an insightful documentary with raw guts and emotions.

The film contains a warning that it contains segments with strobing lights, that might hurt sensitive audiences. 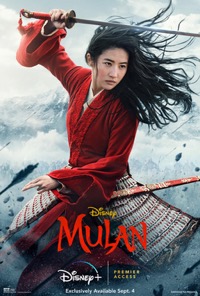 Which $200 million production will save cinema?  MULAN or TENET?  Both are expensive blockbusters that suffer the identical demise of having their opening dates postponed owing to Covid-19.  MULAN, however is also available on Disney+ for streaming at a price in areas where theatres remain closed.

MULAN is the Disney’s anticipated 2020 American action fantasy adaptation of its 1998 animated film of the same title based on Chines folklore “The Ballad of Mulan”.  The Disney Studios have had success with oriental folklore before.  I have very fond memories of watching the Japanese folklore ALKAZAM THE GREAT the I was little.

The film begins hilariously with the young Mulan (Yifei Lui) running around the village rooftops trying to catch a chicken while her parents worry about their tomboyish daughter who they want to marry off.  This girl will later turn into a mighty warrior fighting off the fiercest of foes in order to save the Emperor as well as her family honour.

When the Emperor of China issues a decree that one man per family must serve in the Imperial Army to defend the country from Northern invaders, Hua Mulan, the eldest daughter of an honored warrior, steps in to take the place of her ailing father. Masquerading as a man, Hua Jun, she is tested every step of the way and must harness her inner-strength and embrace her true potential. It is an epic journey that will transform her into an honoured warrior and earn her the respect of a grateful nation…and a proud father (Tzi Ma).

Caro’s film unfolds in a straight forward linear time manner, with no flashbacks resulting in an easy to follow film for the whole family.  The film details Mulan’s childhood, her indictment into the Emperor’s army and then the fight to save the Kingdom.  Being a family film, there is no swearing and minimal violence with hardly any blood spilt on screen.  The fights are well choreographed and the sword fighting tactics are more graceful that scary.  A bit of magic is thrown into the story with the introduction of a witch (played by Gong Li, who steals the show) with shape shifting powers.  The message of loyalty, bravery and truth are added into the story.  As in the Chines culture, there is much respect for the elders.  Mulan sacrifices all to save the dignity of her family and the Kingdom.  A little romance is provided in the story, with little kissing and of course, no sex.  MULAN plays like a fairy tale where the hero, in this case a heroine who discovers herself, goes on a coming-of-age journey and fights the evil villain.

MULAN is also a film that celebrates feminism.  The dialogue in English never fails to emphasize theft that it is a woman who leads the army and saves the Kingdom.  The protagonist is female and the director (WHALE RIDER) is also female, from New Zealand.

Starting September 4, with Premier Access, MULAN is available to all Disney+ subscribers. Disney+ will offer Premier Access to “Mulan” for $34.99 on disneyplus.com and select platforms.  It also opens in select theatres where they are allowed to open.