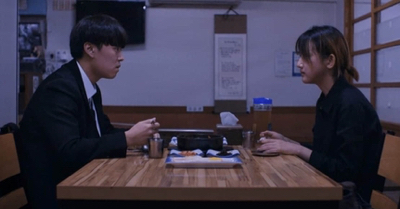 Nothing much appears to be happening in this extremely slow burn of a movie, likely the slowest film to be screened at Reel Asian this year.  But careful concentration reveals that there is more than meets the eye.  As the camera follows a young woman (Ahn So-yo i) over 3 days (dividing the film into 3 chapters) on the course of her daily routine of work at the factory by day and at a restaurant kitchen at night, the audience learns that she is scamming (which the audience can assume, but never 100% sure) the insurance company with the help of her reluctant brother of the life insurance money from the death of their recently deceased mother.  Again, nothing is said whether the mother had died from natural causes or at the hands of her children.  The camera often shows the protagonist’s back, reminiscent of the Dardennes films.  DUST AND ASHES premiered at the Tallinn Film Festival and is an ok watch that demands lots of patience in its short running time of 83 minutes. 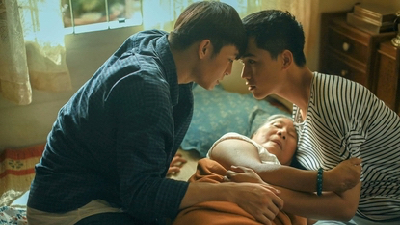 Nau is returning to his home country Vietnam from the United States with his boyfriend Van in tow.  They are to spend some time with Nau’s family.  Nau has not revealed Van to be his partner and the family pressures him to get settled with a wife and children.  The matriarch of the family is also suffering from angina and diabetes.  This all sounds too familiar a plot, and this story has been told countless times in gutless films.  But the American boyfriend is not white but Vietnamese.  The Vietnamese setting is new.  Director Trinh also has great sympathy for his character making each one of them very endearing and ones that the audience will care for.  The actors playing Van and Nau are also super cute.  An altogether endearing film that ends up showing what true love (the airport scene where the two sit together waiting fro their flight back to the U.S.) between a male couple. 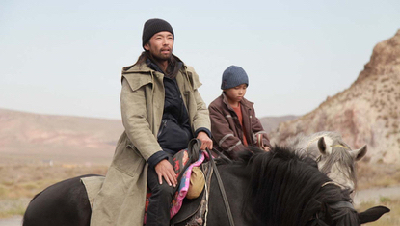 A western set in the vast Central Asian plains with bad men and horse herding.  The hero of the piece is a stranger who suddenly appears to a family akin to the man with no name in the Sergio Leone westerns of perhaps akin to the classic SHANE by George Stevens.  The father of a family with mother and three children is killed by horse thieves when the stranger appears to help the mother and family as they move from their village to live with a relative.  The setting is spectacular with scenes seen that are uncommon to western audiences courtesy of cinematographer Aziz Zhambakiev.  The horse herding segments are grand to observe as in the way of life of these people.   Don’t let the slow pace fool you.  The film comes with suspense and exciting action scenes.  All the events are seen from the point of view of the 10-year old son, Olzhas who tells the stranger that he recognizes the watch with the cracked glass worn by his father’s killer at a tavern.