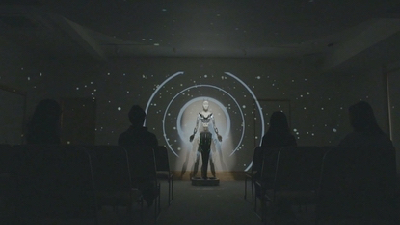 As technologies advance faster than our ability to understand their consequences, virtual immortality awaits us through developments in artificial intelligence. The doc ARTIFICIAL IMMORTALITY examines what separates humans from machines when androids assume our identities.   Director Ann Shin explores the broader and more personal implications of a post-biological world by collaborating with programmers and robotics engineers.   By uploading her memories to create a digital clone, she gives her future descendants the option to have a simulated conversation with her, rather than rely on photo albums and family memories alone.  As her aging father (there is a fact-time talk between her family and her father) faces a faltering memory, the desire to preserve her own past takes on a new urgency.  The film makes an important note that A.I. can never replicate the human brain.  As the film concludes, the audience gets to see the director’s avatar, in which the avatar talks to Shin’s children.  The doc might appear too technical for some audiences in terms of following its logic or understanding but it exposes the limitless boundaries of mankind. 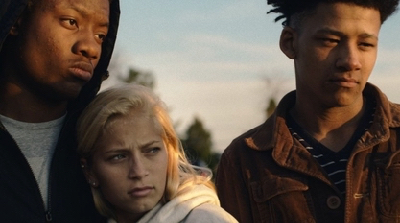 Matt Ogens’s 38-minute doc short tackles the series epic of coming-of-age of the deaf, set in the Maryland School of the Deaf.  It begins with the subject, with headphones on, screaming in silence before it is revealed that he is deaf.  Ogens then takes his audience to the football field where Amaree (the subject) takes his anger out the field.  Athlete Amaree McKenstry and his close friends face the pressures of senior year and grappling with the realities of venturing off into the hearing world.  They battle to protect an unprecedented winning streak, while coming to terms with the tragic loss of a close friend. Though deaf, these kids still face the identical up to adversities of the world, showing they does not need to shout to be heard.  Three main issues are deal in the story.   One is the death of the friend, Teddy who was transferred to an all hearing school. Another is the relation between Amaree and his father who left the family when he was 25.  There, he was bullied.  Unable to deal with a string of issues, he ended up hanging himself.   After being saved by Jesus Christ after dealing heroin on the streets, fatherland son are finally reunited.  The  other and main issue is dealing with the world after graduation from the school of the deaf. Though over-serious, a little humour would do the film some good, Ogens gets his message across.  Opens up for streaming on Netflix on July the 1st. 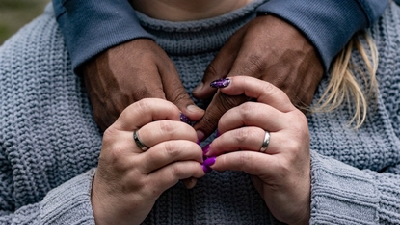 A MARRIAGE has the feel of the TV reality show 90-DAY FIANCE except for the fact that the romance between Zdennka of the Czech Republic and Tabish of Sri Lanka is a true one.  Zdenka, a single woman in Czech Republic, started playing online games with strangers before meeting Tabish, a computer scientist a world away in Pakistan.  Their friendship turned to romance, and after flying to Sri Lanka to meet in real life, the committed couple married. Tabish filled out Czech immigration applications and Zdenka eagerly awaited her husband's arrival.  But five years later, the two remain apart, forced to live their married life on Skype.  Time and again, the Czech government rejects Tabish's entry requests.  The reason is never made clear except the hint given that the government is protecting its citizens from bogus marriages.   But the couple persist despite obstacles and the waiting finally pays off.  The directors try their best to film their doc as the events happen, but one can tell that many of the segments are re-enactments.  What is revealed in the doc is how sincere the couple is.  This is a once in a million couple. 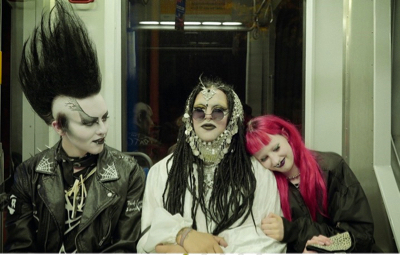 DARK BLOSSOM is a doc that follows the lives of three Danish Goth teens that come together because no one else want anything to do with them.  The three love things that are different, radically different such as tattoos, macabre make-up and fashion, piercings, nose rings and heavy punk music.  The doc shows what happens when one of them falls in love (with an older man) and friendship is threatened.  The trouble wth this doc is that these three teens act spoilt and careless and it is unlikely that many will be sympathetic towards them,  Director Fri does not make any effort in making them likeable either, letting them do what they want most of the time.  Fri does bring the audience to take a look at the Goth culture but does not go into any depth of its origins, popularity or future.  Instead of the subculture being fascinating and standing out, it ends up as a boring collage of images.  It wold be surprising if many would  really care about these three annoying rebellious losers and their sub-culture.  An example is the time wasting scene (does Fri really think this scene is amusing?) in a diner when they argue about the pop being served not being original Pepsi. 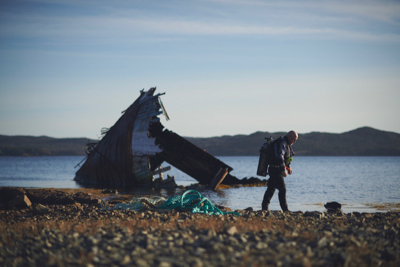 The doc trails the work of Shawn Bath, a born fisherman who finally after diving for sea urchins for a living, decided that he should give back to the environment what humans have taken from it.  Indeed, the images of trash in the ocean is unfathomably disturbing.  And the garbage endangers sea life as well, as crabbed orcas get tangled and die from discarded fishing nets and while lobsters and crabs eat plastic that eventually move up the food chain to be eaten by human beings.  Director Westman shows the hardship that Bath undergoes in his basically thankless endeavour.  The film shows cleanups down around Newfoundland and Labrador, where fishing is the main industry and livelihood for many.  The landscape and scenery are a sight for sore eyes.  HELL OR CLEAN WATER is an extremely moving doc and it would be no surprise that many would after watching the doc be happy to do their part with a hefty donation to do their part in cleaning up the waters. 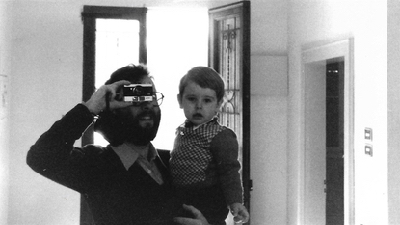 The world has heard the sad news about Venice.  Venice is sinking.  Due to global warming leading to the increasing high tides, many of Venice’s buildings are flooded often.  Since the pandemic of Covid-19 after March of 2020, tourism was at a standstill and the city of Venice, a hot tourist spot has emptied out.  MOLECULES, an Italian doc, set in Venice shows images of the suffering city for audiences first hand.  It is not a pretty sight.  The film is called MOLECULES because the director’s father was interested in Physics and reserved a career as a molecular physicist.  Using old Super 8 family films and an unanswered letter he wrote to his father decades earlier, director Segre's captivating investigation into his father's silences and absences beautifully dissolve into the emptiness of Venice itself. Through this arrested landscape stripped down to its natural frailties and lack of solidity, Segre unearths the roots of his father's and his own unease.   A captivating yet sad story of Venice and its citizens.  Definitely worth a look - especially for those who have visited (myself have been there twice - really awesome city) or plan to visit Venice in the future. 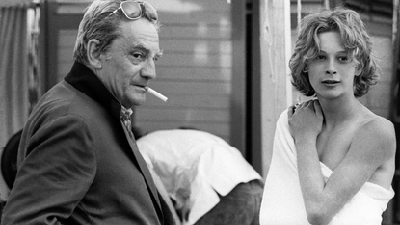 The title of the doc would likely attract the attention of many an audience.  A boy is searched from countries like Hungary, Poland, Finland and Russia before the chosen one was selected by famed Italian drier Luchino Visconti, an openly gay filmmaker who has made other films with gorgeous leading men like casting Helmut Berger in THE DAMNED.  From Sweden Björn Andresen in 1971, and 15 years of age at the time, during the world premiere of DEATH IN VENICE, Italian director Lucino Visconti, was proclaimed his Tadzio as the world's most beautiful boy, a title which would say with the by for the rest of his life.   In Visconti’s casting director’s words, the boy is extremely beautiful and photogenic.  The curious doc, narrated largely by the adult Andresen,  examines the shadow that today, 50 years later, as it weighs Björn Andresen's life.  Visconti was a very powerful figure who protected the boy as his filming crew comprised almost all homosexuals.  For cineastes who hail Visconti’s DEATH IN VENICE and for those who admired the Thomas Mann novel, this doc would be of particular interest. 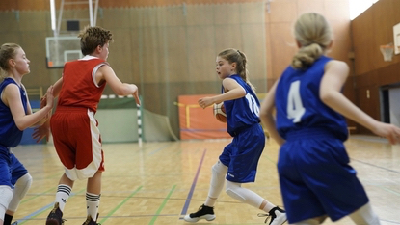 RAISE THE BAR is centred ona young (around 8 to 9 years of age) girls basketball team trained by an over-enthusiastic coach, Brynjar who ends up stirring up trouble with the country’s Basketball Association.   The film’s first half goes about showing the talented and hard-working girls in training under Brynjar with his unconventional methods.  Being young girls, their parents object to some of the coach's practices such as his fondness of swearing.  Brynjar argues that he is training the girls to survive in the real world and his coaching also involves building the character of the girls to be empowered young women.  In order to raise the bar on the training, Brynjar gets the girls to play against older and stronger girls but runs into trouble when the federation disallows the girls to play against a boys team.  Emotions run wild and Brnjar coaches the girls to rebel.  The doc turns controversial here and what seems to be a harmless doc about girls training for basketball turns into one of rights and principles.  Director Ragnarsson cleverly pulls off the stunt off.