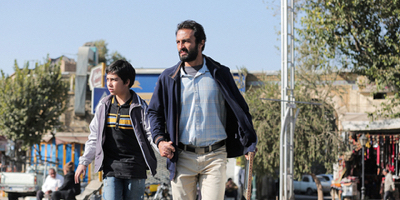 A minor hit at Cannes this year (the film won the Cannes Grand Prix) but not as good as his previous films, Iranian director (who so far has two of his films winning the Oscar for Best International Film) returns with another suspense unfolding drama worthy of the best  of Hitchcock.  Rahim (Amir Jadidi) is a calligrapher who was imprisoned when he could not repay a mounting debt.  While Rahim is on a two-day release from his medium-security penitentiary, his girlfriend, Farkhondeh (Sahar Goldoust) presents him with a golden opportunity that will secure his release.  Once he becomes a so-called free man, Rahim is flanked by his family — including a vulnerable son from a previous marriage. Whatever the theme of his films, Farhadi plays on the anticipation of his audience, a style that is now characteristic of this talented filmmaker.  A HERO unfolds occasionally like VERTIGO where the truth is finally exposed at the end and where nothing is what it seems.  Farhadi depicts his hero as a human being complete with human failing like a bad temper and desperation. 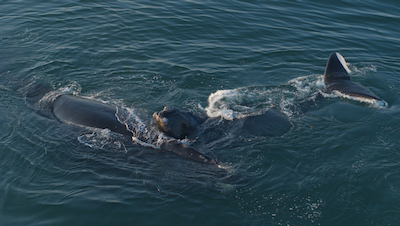 THE LAST OF THE RIGHT WHALES is as environmentalist and conservationist as such films go and succeeds in making its point.  The doc contains many authentic and rare segments that miraculously are captured on film to make it insightful, relevant and compelling.

There are north and south right whales.  The doc looks at the northern ones.  North Atlantic right whales are dying faster than they can reproduce.  With just over 330 remaining, these great whales rarely die of natural causes. Instead they are run over by ships or suffer lethal injuries from fishing gear. If humans do not stop killing them, in 20 years they could be extinct.

Right whales were a preferred target for whalers because of their docile nature, their slow surface-skimming feeding behaviours, their tendency to stay close to the coast, and their high blubber content (which makes them float when they are killed, and which produced high yields of whale oil).  Today, the North Atlantic and North Pacific right whales are among the most endangered whales in the world, and both species are protected in the United States by the Endangered Species Act.  The North Atlantic right whale has a single surviving breeding population in the western North Atlantic, and is classed as critically endangered, with a total population best estimate of 411 individuals remaining alive as of 2017.  The film mentions the fact repeatedly.  The North Pacific right whale population is classed overall as endangered and has two surviving populations, eastern and western, with the western Pacific population much larger at an estimated 1147 individuals in 2016. The eastern North Pacific population has fewer than 50 individuals remaining, and this population is considered critically endangered.  The doc is dedicated to all the right whales that died recently.

The doc follows a group of people that is a wildlife photographer, a marine biologist, a whale rescuer, and a crab fisherman who are united in their cause to save the North Atlantic right whale.  The three are inspirational in the way they have put so much for the right whale.

One of the film’s most difficult to watch segments involves the pain and suffering of one right whale going through trying  to untangle itself from the ropes left over from fishing lines.   The rope is caught through its mouth and runs through its body and tangles its tail.  The whale is filmed splashing up and down trying to untangle itself.  The marine workers do their best to try to aid the whale but it is also a dangerous task.  It is mentioned that they manage to untangle most of the rope but not all of it and the whale has to live with the discomfort and injury.  Besides the danger of rope, the other main danger is collision of the whales with huge sea vessels.  There are shots of injuries sustained by such collisions.

LAST OF THE RIGHT WHALES opens in Canadian theatres on January 23, 2022 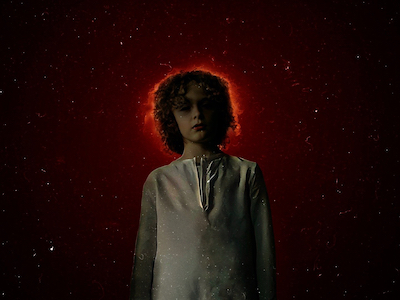 MARIONETTE begins as a mystery with an unknown man setting fire to himself at the top of a building.  He is later known to be the man with the messy hand. The person is revisited later on in the film, the scene piquing the audience’s curiosity.

The new European mystery thriller MARIONETTE tells the story of Marianne Winter, a doctor child psychologist who arrives from upper New York to take up her new post in Scotland.   Why would anyone want to leave the beautiful Upper state New York to work in damp and miserable old Scotland?  Because I like the rain, answers Dr. Winter when she is asked by a fellow doctor who shows her around upon her arrival.

Arriving at a new place of work or new country is stressful in itself but Marianne Winter seeks to find a new universe after an old one has closed in on her.  A freak accident has left her husbandless and a widow and she wants to fort and lead a new life.  The audience sees her with two child patients under her care, a girl and then a boy.  Both are quizzed and keep to themselves.  But the boy, Manny is the more troubling one.  When finally deciding to break the silence , he tells her that it is because of him that she is then in Scotland.  This 10-year old claims that he can control her future, as the tote of the film MARIONETTE implies. This makes her think as she has been wondering the ‘what-if’ questions, if they had taken a different road or started their journey a bit later that the car accident would not have happened.  Marianne seeks Manny’s past medical records but is unable to secure any, as she is informed that the last doctor dealing with Manny was ‘mad’ and that she should treat the boy anew.

MARIONETTE is a well paced mystery with flashbacks and incidents revealed and explained without much confusion while always invoking the audience’s curiosity.  “Why are you always drawing accidents?”  Marianne asks the boy.  When she visits the boy at his home, he has a drawing that he refuses to show Marianne, who forceshimt show it, revealing a pig head shooting himself.  And there is the drawing with the bottom writing of Kieran drowning.  When Marianne goes to meet Keiran at the dock, he does not show up.

Director van Strien clearly has a fascination for Scotland.  The rainy and cold weather are beautifully shot.  The locals speak with their gorgeous Scots accent and the county is also beautiful.

Van Strein’s film is well paced, building accelerating into a climax when everything is explained.  Though all has appeared to have been figured it all out in the end, there is an ambiguity that exists that makes the film even more mysterious.

Definitely worth a look, MARIONETTE that was made in 2019 is finally available January 21 on VOD and Digital. 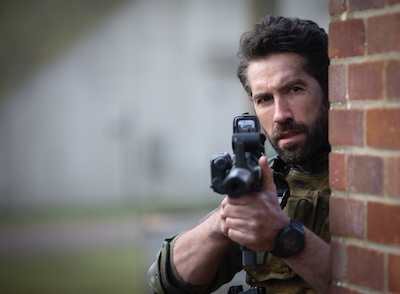 An elite squad of Navy SEALs on a covert mission to transport a prisoner off of a CIA black site island prison are trapped when insurgents attack while trying to rescue the same prisoner.  Zoe Anderson (Ashley Green) is the woman who accompanies the SEALs with the paperwork and who appear to have the information that the prisoner is a terrorist who knows the location of a bomb that is about to go off in D.C.  The SEALs are led by Jake Harris (British actor Scott Adkins putting on an American accent).

Though every character speaks with an American accent and that the theme is American, ONE SHOT is a British production, shot entirely in an area north of London.  It is interesting to note than in American action films, the bad guys often than not, speak with English accents.  In this British production, the bad guys speak French or English with a French accent. ONE SHOT the movie is shot entirely at "Bentwaters Park" in Suffolk (UK).  Royal Air Force Bentwaters or more simply RAF Bentwaters, now known as Bentwaters Parks", is a former Royal Air Force station about 80 miles (130 km) northeast of London.

Performance-wise, the actors who can speak with a French accent, shout and make ugly faces seem to have gotten the part.  The most famous actor in the cast Ryan Phillippe seems to be having a field day with his dialogue.  At one point, he puts the flame of his lighter close to the eye of a terrorist and asks him:  Ever read the Bible?  It says ``an eye for an eye.” as he tries to extract information from him.  The segment too where the terrorists convince a fellow member that his suicide bombing stunt is all worth it is also quite funny - hilarious in he way the premise is taken so seriously.

The dialogue is occasionally bad, the writers assuming that the audience is ignorant.  In one scene, the female analyst, when told that she does not approve of the torture methods replies: “When tortured you get to hear whatever the tortured thinks you want to hear… bad intel.  You can get more information from a plate of hot food and a pack of cigarettes.”  The reply: “You sound less like an analyst than a field operative.”  This implies that the entire audience could be field operatives with that age old understanding everyone has , already about the effects of torture.  In one scene the SEALs have Mansour, accompanied by Zoe.  There is a shouting match argument.  A soldier: “Give Mansour up.  If not, they will kill us all.”  Zoe: “No, I have to bring him back alive.”  Mansour (lying): “I am innocent”  The same banter goes on, hilariously with no decision made as to what to do.   And here is more:  The bad guys have this lesson summarized in one line: “Listen and obey even if you have to die!”

ONE SHOT is the kind of cheesy action thriller that, like most cheesy films, is so watchable because of the fact.  It means that ONE SHOT is not necessarily a good movie, but an easy film to watch, especially when getting a good giggle from its flaws.

Directed by Will Battersby 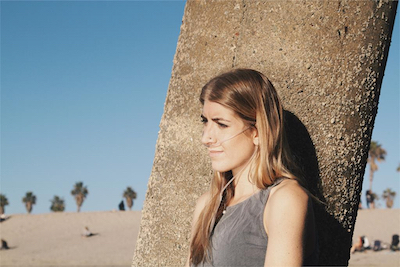