Smaller films make their debut this week.  Notable ones to watch out for are KILLING THEM SOFTLY and ANNA KARENINA.

Bond and Beyond Bond series of films continue at TIFF Bell Lightbox.

An adaptation of Leo Tolstoy’s famous novel of infidelity set in Imperial Russia, ANNA KARENINA is more director Jon Wright (ATONEMENT) than Tolstoy.  This is an extremely stagey and stylish adaptation from a script by Oscar winner Tom Stoppard, so those who must conform to normal narrative storytelling in a film be best advised to avoid this film.  The best example is the last scene of the film in which Aleksei (Jude Law) sets in a field of flowers.  The camera moves away from him and it is revealed that the field of flowers in on a stage.  The camera moves back even more to show the field overflowing from the stage on to the on to the auditorium.  All the world’s a stage!

The classic ANNA KARENINA story has the heroine Anna (Kiera Knightley) falling in love with the younger Count Vronsky (Aaron Johnson).  When Anna bears the count’s child, her husband Aleksei Karenina (Law) banishes her from wealth and society but later forgives her.  This is the classic story of a doomed love affair given the stunning period setting, made even more lively and imaginative under the hand of Master Jon Wright.  Those who recall ATONEMENT, especially the segment in Dunkirk with the soldiers waiting to be transported back to Britain, will know what to expect from Wright in this movie.  ANNA KARENINA, Wright style is stunning, gorgeous, indulgent and 100% cinematic.  This is the one prime example of a director making an unforgettable imprint of a classic tale.

Wright’s odd sense of humour is also present.  After a serious segment where love is professed, the camera cuts to the sight of a man loudly blowing his nose, then checking the mucus he left on the handkerchief.  But there are also a few masterly orchestrated cinematic segments, the best of which is a horse race taking place on stage that lead to a horse and jockey falling off, off the stage.

Knightley looks stunning in her gowns as Anna.  But a hardly recognisable Jude Law steals the show.  He is able to transform the despicability the audience has for his character to one of sympathy by the middle of the film.  Olivia Williams and Emma Watson lend cameos in the movie.

Despite all, Wright’s film still does not miss out on the human emotions. The chemistry of the actors works well and Wright is unafraid of showing full nudity (Knightley and Johnson) on screen.

For the cinematic genius of Jon Wright alone, ANNA KARENINA is a successful experiment and one of the best cinematic films of the year.  Same too of the particular years, when I saw Wright’s HANNA and ATONEMENT!  A must-see!

KILLING THEM SOFTLY from New Zealand director Andrew Dominik 9THE ASSASSINATION OF JESSE JAMES, CHOPPER) is, as expected, another stylish film this time a satire on American corporate politics and capitalism.  Based on the 1974 novel Coogan’s Trade by George V. Higgins, Dominik uses the crime business to reflect the U.S. economy.

Two low life hoods, Frankie (Scoot McNairy) and Russell (Ben Mendelsohn) hit a poker game organized by Markie Trattman (Ray Liotta) in one of the most suspenseful robbery sequences seen in a robbery film this year.  This act topples the balance of things in the crime world and expert Jackie (Brad Pitt) is sent to clear up the mess.  There is a neat song praising the profession of this man that runs throughout the film.  In the mean time, Jackie faces troubles of his own, especially in his hiring of a hired killer, Mickey (James Gandolfini) who is well past his prime and is an embarrassment to all around him.

The set-ups are expertly created and the film is filled with inane but compelling dialogue, such as the talk of having sex with dogs before a robbery.  Dominik resets the 1974 novel to the present as noticed by President Obama being in power.

Brad Pitt delivers powerful performance, smoking his cigarette as if he really enjoys it.  The supporting cast do not fare that bad either especially Liotta who deserves a Best Actor statuette for his role as the loser Markie.

Dominik’s satire is too obvious, with President Obama heard and seen too many times on the television in the film, especially whenever the characters enter a bar with a TV set.  Obama’s speeches can also be heard loud and clear a few times.  But Dominik’s film succeeds too as a taut, short and sharp, stylish thriller (at 97 minutes) both well set up and acted with a satisfactory and rather snide ending. 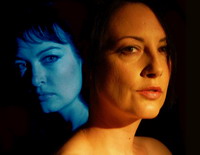 A well-renowned string quartet is put to the test when erupting emotions arise as a result of competing egos, past affairs and current affairs.  The catalyst is Peter Mitchell (Christopher Walken) forced to retire after being diagnosed with early symptoms of Parkinson’s.  Husband (Phillip Seymour Hoffman) and wife (Catherine Keener) are other two members having marital issues while their daughter (Imogen Poots) sleeps with the 3rd member, Daniel (Mark Ivanir).  It is beyond doubt that the quartet will hold and perform Beethoven’s difficult Opus 131 String Qurtet in C-Sharp minor in all its glory.  Zilberman directs his film meticulously including all the details and nuances that a string quartet would go through.  Performances are also top-notch especially Walken’s.   Director Zilberman captures the difficult relationships of the individuals as they relate to the group.

First animated feature by French veteran director of such classics as MONSIEUR HIRE and RIDICULE is disappointing fare and bares resemblance to his lighter, more playful works such as PARFUM.  An expert in black comedy, satire and black humour, the subject of LE MAGASIN DES SUICIDES is a shop that sells props to aid people do themselves in.  Various kinds of ropes, poison, and other contraptions are stocked in the Tuvales family store.  But when the new baby kid is all smiles and cheerful, the family business is put to the test.  Leconte incorporates lots of songs though they are quite similar in lyrics and tune) and his wry humour about death and suicides.  The animation has the look of LES TRIPLETTES DE BELLEVILLE with exaggerated skinny or fat features.  The film is tastefully done and one can guess where the film leads to.  Mildly entertaining, but Leconte’s film runs out of ideas pretty soon.

Best Family: Rise of the Guardians