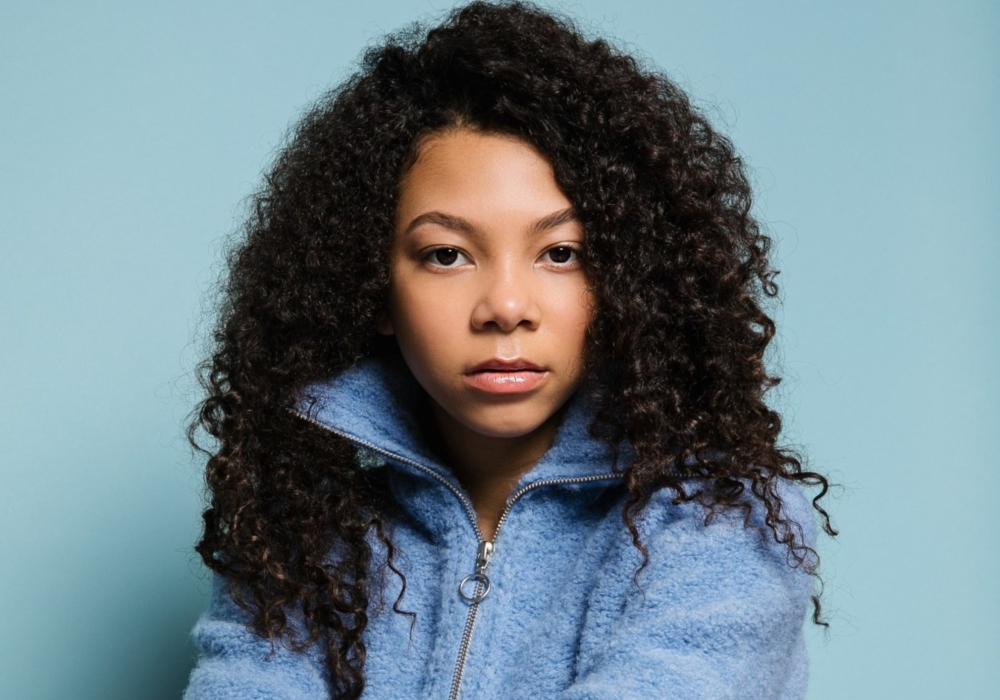 I recently caught up with 13-year old Toronto-born and raised actress and singer, Simone Miller. She got her first big break with the launch this past spring of CBC's action-adventure series Detention Adventure on the CBC Gem streaming service.

The CBC Kids original series follows three audacious sixth-graders who purposely get themselves sent to their school's detention room. They meet and team up with the school bully there. The reason they want to be sent to detention is they believe in the existence of a mysterious labyrinth of tunnels — starting in that room — which leads to the fabled lost laboratory of Alexander Graham Bell.

The 10-episode first season is available to stream on CBC Gem. The about 11-minute long episodes are targeted to a 6-12 and tween demographics, but the bite-sized adventures offer entertainment value for all.

Simone plays a leading role as Raign Westbrook — the super-smart and witty leader of the motley crew.

"I loved playing Raign because she's very different from me," said Simone. "We are almost polar opposites other than the fact that I'm kind of a control freak like Raign," she added with a smile.

But in reality, Simone is just really very focused and disciplined. It's quite impressive coming from such a young soul. When asked about how she maintains her laser focus, she said:

"Make sure that you stay passionate about it," is her advice to other young people wanting to pursue a career alongside their schooling.

Simone has been acting since the age of 9. "I think I always kind of knew that I wanted to be an actress or be in the arts somehow," she said. She grew up in a household where music was constantly in the air and movies were always playing. "I would always recreate my favourite scenes from Disney movies and stuff like that," as she shared.

Facing the fear and excelling

Believe it or not, Simone was a shy kid. So her mother decided to send her to auditions as a way to boost her confidence.

"At first, I was definitely very nervous about going to auditions. I thought going up to someone I didn't know and saying hello was scary; let alone doing a script in front of a group of people or audience."

But as she went through more auditions over the years, and the more scripts that she performed in front of casting directors, the more she gained in confidence. It also got easier in front of the camera.

Simone starred in commercials for major campaigns for brands like Loblaws, The Shopping Channel, Plan Canada and The Wall Street Journal.

She will also appear in the upcoming biopic The Clark Sisters: The First Ladies of Gospel, filmed in Toronto and produced by Queen Latifah, Mary J. Blige and Missy Elliott. Simone plays the role of the young Dorinda Clark. The film traces the group's story, from their humble beginnings in Detroit and tackling and overcoming ensuing family issues and other challenges to becoming the highest-selling female gospel group in history.

"It was a pretty small part, but honestly, it was a great set to work on. The director was great, so were the other girls who were playing the other younger versions of the sisters," she said. "I learned a lot. It was very professional."