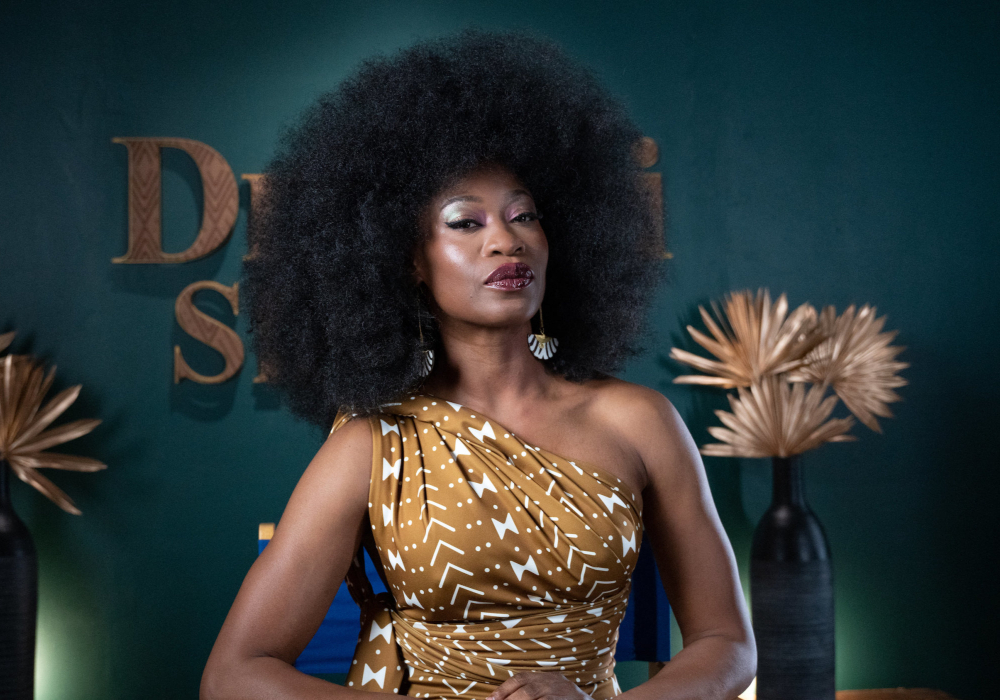 An episodic series created, co-written, and co-produced by Amanda Parris that follows Dr. Toni Shakur, a self-help guru whose singular mission is to cancel the entertainment industry's reliance on token Black characters....before she gets cancelled herself.

Do you recall the exact time in early childhood when you became aware of your place in the world? Whether you were born into a royal family in Europe or in an impoverished favela in Brazil, there comes a time when this reality hits. This moment of reckoning often determines whether or not you remain oblivious to the ideology behind, for example, cowboy and Indian movies. This coming of age may drive you to start questioning why you're cheering for the cowboy to win, even if the Indian looks more like you.

I distinctly remember as a child playing with Rocky and Apollo action figures with my younger sister. We constantly replayed the boxing bouts from the film and Rocky would always win, regardless of which one of the dolls we had in our hands on any given day. We even had a name for the Apollo Creed action figure, which was "Djon Djon"—from the name of a Haitian dark-coloured rice dish.

I must say, I can't recall when this mindset shifted from my earlier childhood days in Haiti when I still clearly remember being on a beach as a three-year-old and imagining how a great world power my country was after learning about Toussaint Louverture in pre-school earlier that day. When did I go from seeing my own people as the victor to the conquered?

The truth is, storytelling—be it on the small screen or silver screen—has tremendous power in not only shaping our own perceptions about ourselves but also in defining how society at large views our place in the world. No matter how the protective nest of our birth families nurtures us as a youth to confidently face the world, or sometimes unfortunately not, the reflection the world feeds us back with is all-powerful.

In the CBC Gem six-part satirical television series Revenge of the Black Best Friend, released on March 31st, 2022, show creator, executive producer and award-winning Canadian playwright and TV personality Amanda Parris, along with a talented team of majority-Black producers and writers, come together to delve into deconstructing this "white narrative industrial complex," with a touch of humour.

Co-written by witty creators, including Wendy Motion Brathwaite, the series features self-help guru Dr. Toni Shakur, exquisitely played by Olunike Adeliyi, who comes to the rescue of marginalized and tokenized Black actors who, despite their obvious talents, are caught in an eternal loop of supporting roles.

"Always the support, never the lead. Years of voice silencing, talent marginalizing, concern gaslighting, all with a big dose of Canadian politeness," as actress Andrea Lewis (Degrassi: The Next Generation) blurts out—setting the tone for Episode 1.

The series parodies the gatekeepers' awareness that they need to do better and that Black actors are no longer "grateful for the crumbs." White film director Skip Shepard hints that Morgan Freeman's and other magical negroes' working days may be counted (ouch) because he's read Ta-Nehisi Coates, still has a black square on his profile and, thus, knows the deal.

We enjoy other sharp jabs at the status quo and performative attempts at addressing injustices through the calling out of empty diversity without inclusion and diversified Black appropriation (we see you, Awkwafina ... wait, did they also throw Lilly under the bus?).

Revisiting our Black heroes on screen

Of course, many of the Black talent on popular mainstream shows we've all enjoyed growing up were a glimmer of hope and a source of pride. I'm not ashamed to say that much of my fashion choices while in high school in the '80s were dictated by detective Ricardo "Rico" Tubbs in Miami Vice. In a sea of Caucasity, they put "us" on the map. Tubbs, the cool fashion icon, was always the "easy-going" one blurring racial lines as "an acceptable Sidney Poitier facsimile" as New York Magazine reported back then.

This cross-over and international box office appeal line of argument used by the gatekeepers for years is a well-known smokescreen for keeping the white narrative entrenched. This is explored in Episode 2 of Revenge of the Black Best Friend, when we find Black actor Taye Blak (Ashton James) stunned at being significantly cut out of a movie and minimized in the poster.

Before storming back out to her limo in tears, the award-nominated director (Jenny Young) claimed there were considerations to take into account toward establishing the "delicate chemistry between art and commerce, overall impression and viewership." In essence, Black actors need to understand that sacrifices have to be made for the "bigger picture of the film." 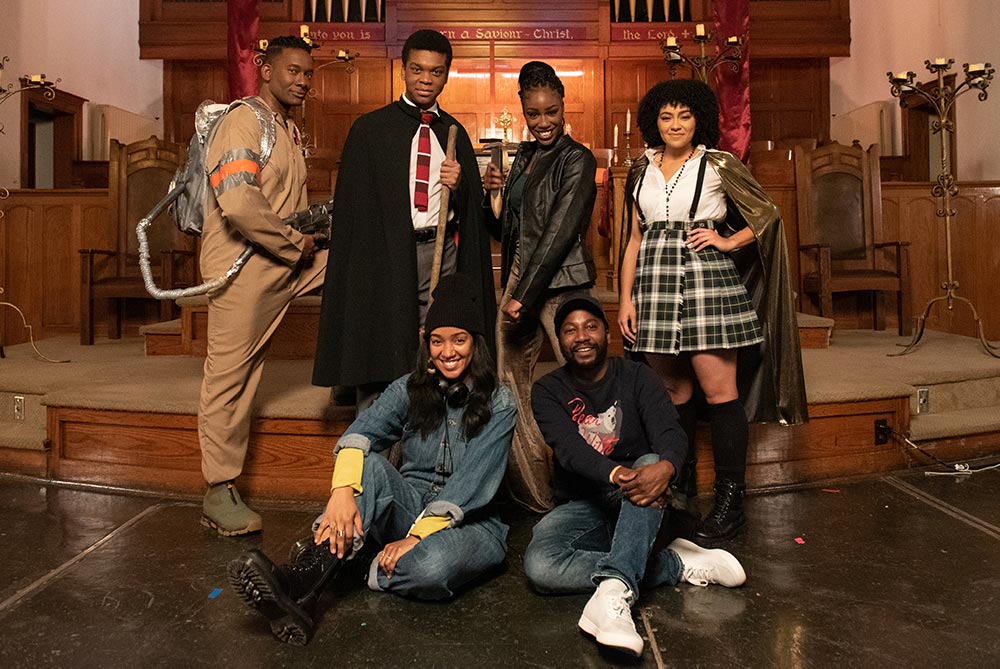 While not taking anything away from the accomplishments of Black entertainers in the past, the demands of the new generation of Black creatives boil down to being freed from conforming to this ideal of the white gaze and to exist as full characters on screen finally.

Why must we, as Black actors, continually be the first ones to die? Why can't we have a last name, family members, and more than five speaking lines?

Representation matters, but it also comes with a burden and responsibility. The time has come to evolve from paying lip service to the concept of diversity to full inclusion and true agency.

This means moving away from only including Black representation in television and movies for the main purpose of supporting white leads and speaking for an entire race. How many ensemble casts have we seen with only one Black actor? Why must they fake an "ethnic" accent, dress a certain way or do certain jobs (police officer, check) in order to appear more authentic?

The magical negro sidekicks of recent decades or the earlier pioneers like Hattie McDaniel (Gone With the Wind), who played 74 maid roles after becoming the first Black person to win an Oscar in 1940, while not being allowed to sit on the same table as her co-stars, laid some foundations. Still, the paradigm is ripe for a fundamental shift.

"I'd rather play a maid than be a maid," is what Hattie McDaniel replied to her African-American detractors who criticized her for making a living off perpetuating negative stereotypes. But since the same question could be asked today, some eighty years later, of the "thug roles industrial complex" also explored in Episode 5 of RBBF, how far have we really come?

"I've been a thug on all the biggest shows. ... I've been killed or arrested at least 12 times on screen," as a Thug Race contestant proudly boasts in Episode 5.

Asking ourselves the tough questions as a Black community

While Chet Hanks is busy diversifying and, God forbid, appropriating the thug roles industrial complex, perhaps we can take some time out for an essential internal discussion as a Black community. How much of a role do we play ourselves in allowing for the perpetuation of this reality we're so outwardly committed to fighting against?

In Episode 6 of RBBF, we find Black Twitter cancelling and turning against Dr. Toni Shakur and the career she's built coming to the rescue of marginalized and tokenized artists. The existential question is: How successful would she really be if it weren't for the continuing suffering and marginalization of Black people in the entertainment industry?

I believe that, once again, the power resides in storytelling. The focus must be on telling our own stories authentically. In a podcast conversation titled "Who are you writing this play for?" which AfroToronto recorded last year with former artistic director of Obsidian Theatre, Philip Akin, we discussed a vital element of the creative process that many Black theatre practitioners shy away from addressing head-on.

Can we as Black creatives attain a coveted platform of influence in the industry as a whole without adapting and making our stories accessible and palatable to the white gaze of the gatekeepers?

We speak of the lack of a star system in Canada in general, which causes many creatives of all shades to seek validation south of the border in order to earn credibility back home. Does the same mechanism operate on a smaller scale and within the bigger fishbowl in the Black Canadian context?

If we need the validation of the mainstream gatekeepers before we feel ready and equipped to establish our own credibility among the Black community itself, then where is the hope for breaking the back of the white narrative industrial complex? Power is never relinquished voluntarily and a system that works is not broken.

"The presumption is that a Black story is only for Black people. It's as if our stories aren't universal. And that is patent crap. All of these stories are rich and can give you a different take on life." - Philip Akin