Championing diversity at work and in sports 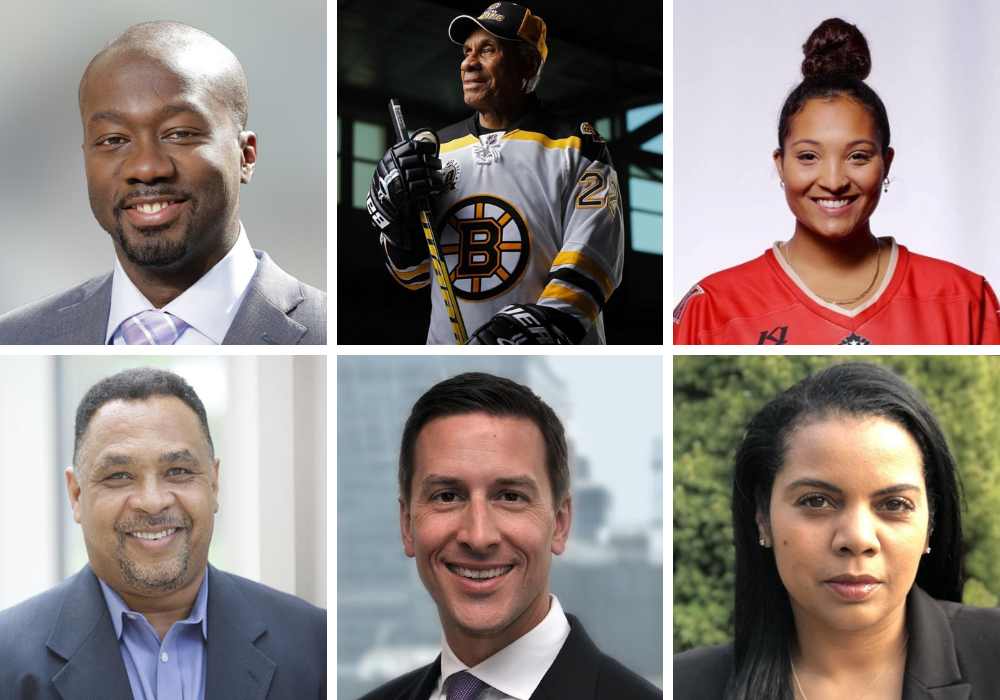 Did you know that The Colored Hockey League of the Maritimes (CHL), founded in 1895 and active until 1930, was an all-Black ice hockey league founded in Nova Scotia? It featured teams from across Canada's Maritime provinces.

Coinciding with Black History Month, a virtual panel titled 'The Chase Diversity Alliance: The Black Experience in Sports and the Workplace' was held on February 23, 2022. The goal of the panel discussion was to highlight this too often forgotten history of the contribution of Black players to Canada's national sport and explore concrete ways to help make hockey more inclusive.

The initiative was born from a collaboration between JPMorgan Chase Canada, the Carnegie Initiative and JPMorgan Chase's internally driven Black Organization for Leadership Development (BOLD). The panel aimed to create a safe space for meaningful discussion around diversity, equity, and inclusion in sports and the workplace.

The Carnegie Initiative is an organization dedicated to ensuring that hockey is inclusive, supportive and welcoming to all. The initiative is named in honour of legendary hockey player and social justice pioneer Herb Carnegie, who was denied the chance to play in the NHL.

This was a unique opportunity to highlight the interesting nexus between sports and the workplace as it pertains to diversity, inclusion, equity and the power of role models and mentorship.

The virtual event was hosted by Canadian former professional hockey player in the NHL, Anson Carter, and featured a stellar panel of speakers, including "the Jackie Robinson of ice hockey," pioneer Willie O'Ree who became the first Black player in NHL history in 1958. Joining them were Bryant McBridge, a native of Sault Ste. Marie, Ontario, and founder of the Carnegie Initiative, as well as Saroya Tinker, a Black Canadian professional women's hockey player with the Toronto Six and a fourth overall pick by the Metropolitan Riveters in the 2020 NWHL Draft.

Representing JPMorgan Chase on the panel were David Rawlings, CEO of JPMorgan Chase Canada and Shaunda Archibald, Executive Director Client Delivery, Chase Merchant Services. Rawlings and Archibald discussed how they and their colleagues at JPMorgan Chase Canada work collaboratively towards being laser-focused on identifying and building a strong pipeline of diverse talents at the firm, who can bring their full selves to work and contribute to the organization's success.

As the largest bank in North America, with over 250,000 employees across the world, JPMorgan Chase is a highly-competitive environment where a drive for excellence is the north star. As part of that journey, a special focus is put on diversity and inclusion–as demonstrated by the role of Global Head of Diversity & Inclusion, held by Brian Lamb, as a core business function, not merely confined inside HR.

Recognizing and supporting Black talent on and off the ice

As the panel's host Anson Carter pointed out, several key aspects of today's game of hockey such as the slapshot and the butterfly style goaltending technique which made the distinction of a legend like the Montreal Canadiens' Patrick Roy originated in the Colored Hockey League.

Significantly adding to this legacy, Willie O'Ree mentioned how the 45 games he played in the NHL represent a much lower number than most of his fellow inductees in the Hockey Hall of Fame. But he clearly deservedly entered the pantheon of hockey as a builder.

Rawlings and the other panellists pointed to the significant ongoing impact of role models in paving the way for the next generation of top performers on or off the ice.

Saroya Tinker, an excellent example of such mentors in the game, spoke about being called the N-word by a teammate at the age of 12 and also later being confronted with exclusionary practices as the first-ever black varsity player at Yale University. She's proud to have persevered and acted as a role model for the second black player to join the Yale Bulldogs. Tinker spoke of her pride in playing under two black coaches, including the legendary Angela James, as a mentee herself.

Whether in the boardroom or the rink, microaggressions and racial bias remain a problem Black Canadians face. "You have to be strong while dealing with that. At least in hockey, we can drop the gloves," host Anson Carter joked. But organizations in all sectors need to enlist genuine support across the leadership and rank and file to understand the goal and the process to achieving genuine inclusion and equity.