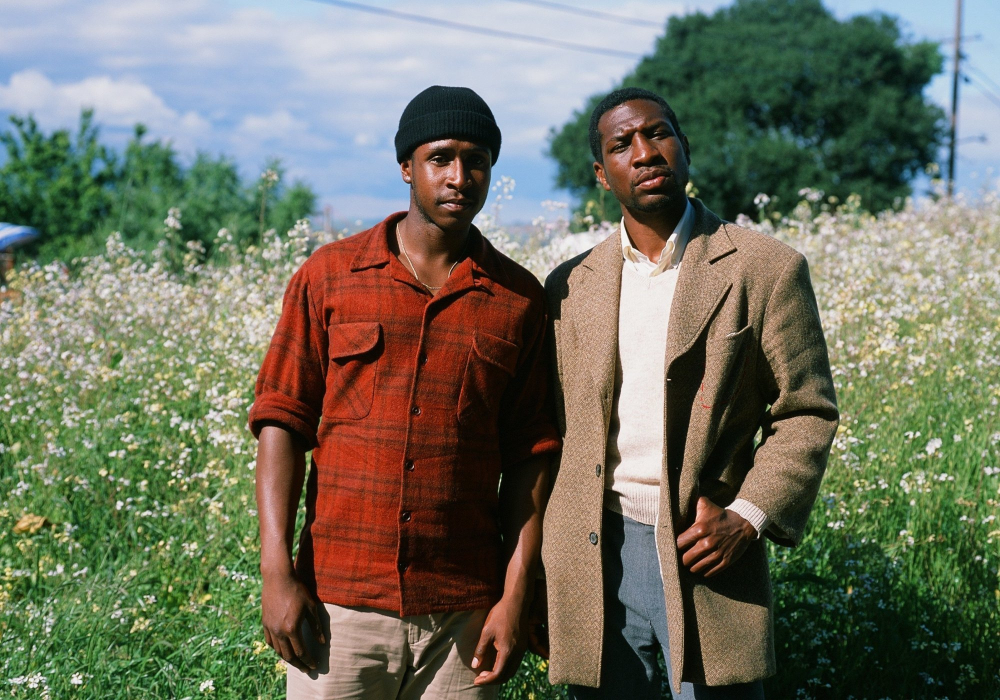 The Last Black Man in San Francisco marks the feature-length directorial debut of Joe Talbot. Talbot is a fifth-generation San Franciscan who began developing "The Last Black Man" with childhood friend and star Jimmie Fails after leaving high school early to pursue film. It's a story that is both whimsical and realistic. Think "Planet of Junior Brown" meets "Boys in the Hood" — with dreamy montages intersecting with a bit of the hood.

The story begins with best friends Jimmie and Mont, who at first one may dismiss as loveable lay-a-bouts. Still, as the story unfolds, the audience grows to appreciate their commitment to casual observation. They spend most of their days observing the daily lives of working-class folk in the city, from the roadside fanatic to the churlish gang on the corner, who entertain but also antagonize. Jimmie and Mont's friendship with these characters is complicated; it showcases the daily struggles to be black, male and thoughtful, in a society that expects aggression and hypermasculinity from people of colour.

Jimmie and Mont's adventures revolve around a Victorian home his grandfather built in the heart of San Francisco, a neighbourhood that is now clearly gentrified. Jimmie is obsessed with the home's upkeep though he doesn't live in, nor does he own this property. The audience is amused as he lovingly paints the trim on the house and checks on the garden, to the actual owner's chagrin. His devotion seems weird at first. His commitment to this house is funny and challenging, just like these characters we grow to love.

In one of the movie's most poignant scenes, the audience realizes Jimmie is a male nurse. He playfully teases one of his elderly white female patients as he helps her. She continually  repeats: "You're a nice man." We realize she has dementia but is still able to recognize his innate goodness, and it breaks your heart because Jimmie is indeed a nice man. Yet, he is seen as a vagrant because of his love and loyalty to a home, and a city, that is sadly no longer his.

We then realize this is the ugly side of gentrification; this is what displacement looks like. Good people who love their neighbourhoods, who work and invest in their community are increasingly no longer welcomed. "Last Black Man" is a modern social commentary on the importance of community, the beauty of loyalty in friendships, toxic masculinity and the struggle to survive with dignity in an ever-changing world. To witness young black men express vulnerability and lightheartedness as well as anger and hopelessness is intoxicating to watch. To watch these characters, evolve, mature and literally turn a page in their lives is cinematically hypnotic. "Last Black Man" is a must-see for any cinephile.

The Regent Park Film Festival is celebrating its 17th year; it is Toronto's preeminent free community film festival. The Festival's Executive Director, Angela Britto, gave Afrotoronto.com some insight on why "The Last Black Man in San Francisco" was selected for this year's line-up.

"It deals very broadly with the theme of displacement, which is a really relevant one for the Regent Park community, there's been so much change, so much transformation in this neighbourhood, and a lot of the themes that you see that are common in gentrification, like displacement or inequitably distributed resources, differences between older and newer populations in our neighbourhoods, these are things that all happen here in Regent Park, as well as what you see in the film," Britto said.

The 17th Annual Regent Park Film Festival ran November 20 – 23, 2019. AfroToronto.com was the community partner for the screening of The Last Black Man in San Francisco.