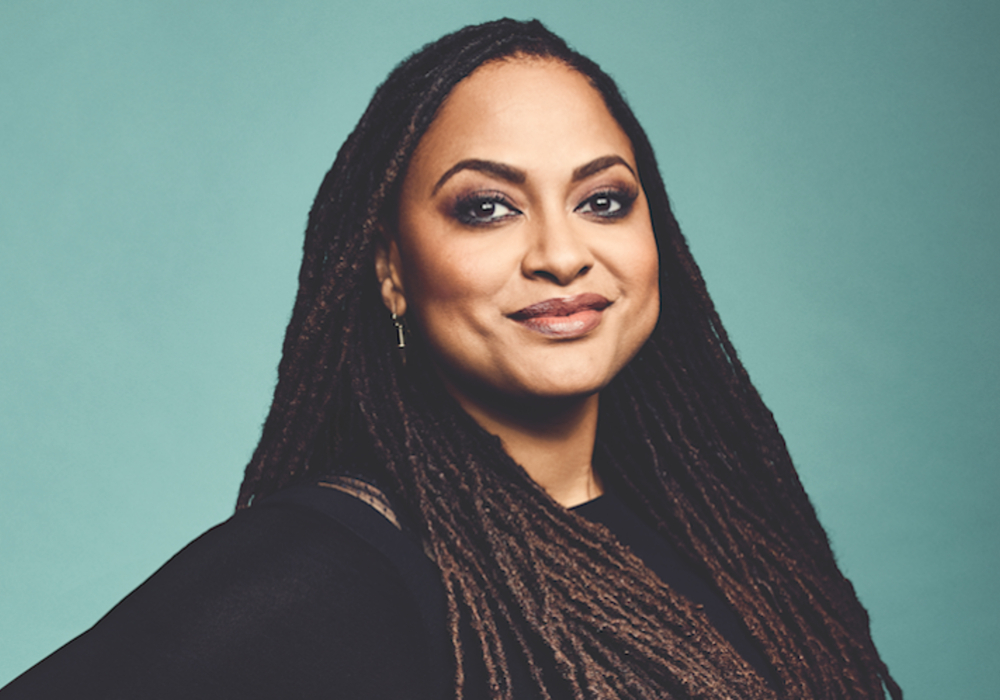 DuVernay is interested in seeing what comes out from this time. “Who will tell our story about this time,” she wonders. But she's already built quite an impressive track record of being an outspoken and impactful storyteller via the moving image to chronicle the ongoing journey toward social justice thus far.

From her powerful tribute to the leaders of the Civil Rights movement in Selma (2014), to her in-depth analysis of the U.S. justice and prison system in 13th (2016), and her portrayal of the injustices committed against Kevin Richardson, Raymond Santana, Antron McCray, Yusef Salaam, and Korey Wise in When They See Us (2019), DuVernay has been elevating women and BIPOC storytellers via her film collective and distribution company ARRAY Now.

“The image has always been powerful. We can use it in ways to forward our cause,” she said.

DuVernay's 13th, a documentary film about the prison industrial complex, was incredibly impactful around the world. The 100-minute Netflix documentary was widely distributed and translated into several languages worldwide.

She made the film thinking that only a few people would ever see it, but it's now the main film people speak to her about when she travels outside the United States. “People lead with 13th and not Selma in other parts of the world,” said DuVernay.

Criminalization as the new slavery

The title of the documentary comes from the 13th Amendment to the U.S. Constitution. Passed by Congress on January 31, 1865, the 13th amendment abolished slavery in the United States. Still, it stipulated that “Neither slavery nor involuntary servitude, except as a punishment for crime whereof the party shall have been duly convicted, shall exist within the United States.”

It essentially meant that except for criminals, everyone else is free. This opened the door for the mass criminalization of the black population in a deliberate effort to use formerly enslaved people to rebuild the economy of the South after the Civil War. Black men and boys were arrested for extremely minor crimes like loitering or vagrancy.

As iconic civil rights activist Angela Davis mentions in the documentary, “the prison industrial complex relies historically on the inheritances of slavery.”

DuVernay also explored the impact of black criminalization in the mini-series When They See Us, based on the Central Park Five case. It recounts the true story of five black teens from Harlem who were falsely accused of the brutal attack and rape of a white female jogger in New York's Central Park in 1989.

“These boys and all of their families were traumatized. When you criminalize one person [we see] the tentacles of that accusation on their families [and the wider community; it has a generational effect],” as she explained to Cameron Bailey.

Bailey pleasantly surprised DuVernay when he informed her that current top-3-ranked professional tennis player, Naomi Osaka, was inspired by the When They See Us mini-series to take a highly publicized social justice stance. Osaka decided to wear a series of masks donning the names of black victims of police violence and anti-black racism during her victorious journey through this year's U.S. Open.

The 5-hour mini-series delves into and interrogates the idea, ingrained in our system, that black people are inherently criminal.

“It doesn’t matter that Cameron Bailey is the maestro to one of the biggest film festivals in the world. He’s a black man, and he will be suspected for whatever’s gone wrong within a two-mile radius,” as she illustrated.

These are precisely the much-needed conversations currently being had in this period of reckoning around anti-black racism, and the Black Lives Matter movement.

While DuVernay is a supporter of the Black Lives Matter Movement, she's still resentful that we even have to say the words, that our lives matter. When entering studio offices and film sets, she's not afraid to ask: “Why am I the only one, what's wrong with you?”

She believes that we need to keep the power structure accountable. The onus is not on the underrepresented POC's, but rather on the people who keep things looking one way.

Tokenism is no longer acceptable. We've moved passed these basic expectations. “It's 2020, should anything be the first anymore? We need to change our perspective on these things and not see yourself as a victim, but a victor.”