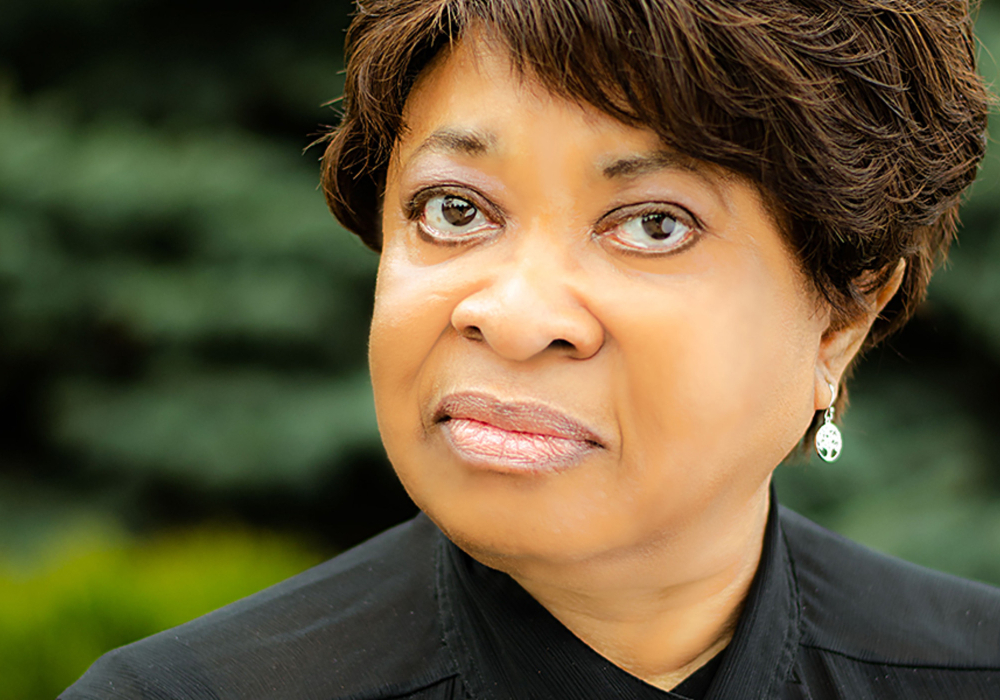 The University of Windsor’s Faculty of Law announced, on March 30th, details of scholarships in honour of pioneering law alumnus, Thora H. Espinet.

Called to the bar in 1984, Thora H. Espinet (LL.B 1982) is a lawyer and family law mediator based in Toronto. Born in Clarendon, Jamaica, Espinet (nee Ellis) moved to London, England with her parents before moving to Toronto. After completing her undergraduate degree at York University, she graduated from Windsor Law to become one of the first Black women lawyers in Ontario.

Espinet is a former Small Claims Court Deputy Judge, past professor of criminal law at Centennial College, past panel member of the Official Guardian, and former chair of the Canada Pension Plan Tribunal. She is a recipient of The 100 Accomplished Black Canadian Women Award, The African Canadian Achievement Award for Excellence in Law, the Government of Canada’s sesquicentennial “150 Neighbours” Community Builder Award and The Law Society of Upper Canada’s prestigious Lincoln Alexander Award for Community Service and Leadership.

Recognizing issues with anti-Black racism at the institution and a commitment to tackling ABR, University of Windsor Law has launched a series of initiatives, including a Black student scholarship initiative named in honour of Ellis-Espinet.

‘We do not see money as a means of replacing the ABR work that needs to be done. We would like, however, to be able to provide direct financial assistance to Black-identifying students through scholarships to recognize the differential impacts of the pandemic on  BIPOC communities and the burdens on our Black-identifying students from campus climate issues. In the Fall, we allocated $100,000 in new financial support for Black students. $50,000 in bursaries will be released this term for current students and $50,000 in admissions scholarships have been established. These bursaries are named in honour Thora  Ellis-Espinet (a 1982 grad and one of the first Black women lawyers in Ontario)”.

Of the scholarships, Espinet commented, “We must create long-term solutions to correcting the inequality and inequity created by systemic racism. This scholarship and the ensuing bursaries named in my honour, will annually assist and support capable, qualified students, who may otherwise be financially incapable of studying law. With Windsor making building of the trust fund an ongoing priority, over time, more and more Black students will be helped each year”.

The Windsor Law scholarships will be awarded commencing in the Fall of 2021, and consist of 2 parts: an annual $1500 scholarship, and a one-time $50,000 endowment which will be allocated to as many students as meet the criteria. Both bursaries are funded by University of Windsor Law, with any additional public donations over and above the original offering added to the trust fund yearly, to create additional annual scholarships.

Make a tax-deductible contribution to this scholarship.